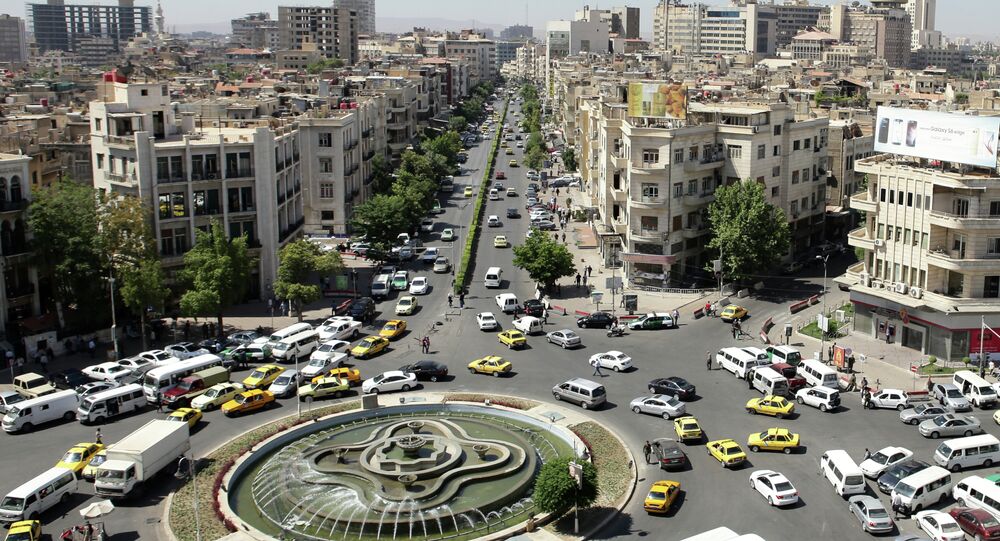 The Syrian refugee crisis could become the perfect excuse for a “humanitarian intervention” by a Washington-led coalition, but Russia is in a position to prevent such developments, writes former Indian ambassador to Uzbekistan and Turkey and columnist for Asia Times Melkulangara Bhadrakumar.

The United States is focused entirely on changing the Syrian regime, which, according to the former diplomat, confirms the "Faustian bargain" between Washington and Turkey to establish a no-fly zone along the Turkish-Syrian border and allow American aircrafts the use of Turkish bases for coalition air strikes on ground targets.

In addition, US President Barack Obama received the approval of Congress to conduct air strikes (in particular, on the positions of the Syrian government forces) in order to protect military units supported by Washington.

Such a strategy negates Moscow's efforts to advance the peace process between the various forces in Syria and shows a ‘hidden agenda’ in the Middle Eastern policy of the US.

© AP Photo / Gerald Herbert
US Should Keep Calm and Help Russia in Syria
Bhadrakumar believes that Washington will try to use ISIL to destabilize the situation on the southern borders of Russia. Strengthening the position of terrorists potentially threatens Russia, as the militants could enter Russia through Central Asia and the North Caucasus.

Moscow draws a ‘red line’ as this development represents a significant threat to Russian regions with a majority Muslim population.

“The seriousness with which Russia perceives the nature of threats to its national security was emphasized by the decision of President Vladimir Putin to speak at the UN General Assembly in New York, calling for international cooperation in the fight against ISIL,” Bhadrakumar noted.

In the meantime, Europeans are unhappy with the fact that Washington is responsible for giving the impetus to the development of civil war in Syria. Their effort was to try and overthrow Bashar al-Assad and then withdraw from the mess which followed. Facing the escalating migrant crisis, the United States left Europe to deal with the crisis on its own.

© AP Photo / Bernd von Jutrczenka
Syria, Iraq Refugees Blaming US for Their Troubles
“Obama said that we are ready to accept 10,000 Syrian refugees but it is only a drop in the ocean, given that 4 million people who fled Syria since the beginning of the war have rushed to the borders of the Old World, but not to America,” the former diplomat elaborates.

“This could be the biggest foreign policy disaster of the Obama presidency.”

On the other hand, the regional allies of Washington and neo-conservative lobbyists in the country are urging Obama to ‘do something’ while their European partners, on the contrary, have made it clear that they want to put an end to the Syrian crisis.

In this case, the most suitable option for the United States is to combat ISIL, but if it does this the US’ scheme of manipulating the Islamists in order to implement its regional agenda will have to be put aside, the diplomat concluded.

US Taps Al-Qaeda to Fight ‘Insane’ Asymmetric War in Syria