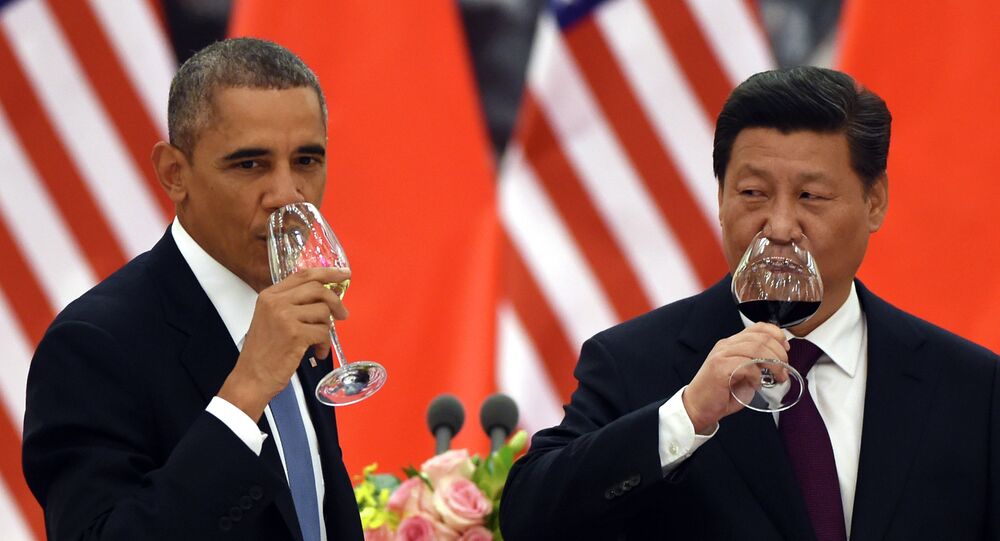 Barack Obama will host the president of the People’s Republic of China Xi Jinping prior to both leaders' participation in the UN General Assembly 70th anniversary session later this month.

WASHINGTON (Sputnik) — US President Barack Obama will meet with Chinese President Xi Jinping ahead of both leaders’ participation in the UN General Assembly 70th anniversary session later this month, the White House said in a release.

"President Obama will host Xi Jinping, President of the People’s Republic of China, at the White House for an official State Visit on September 25, 2015," the release read on Tuesday evening.

© AFP 2020 / Greg BAKER
No Happily Ever After: 'Strategic Disagreements' Divide China, US
The White House explained the meeting will focus on expanding the US-China relationship in areas of global, regional and bilateral issues, but the two leaders will also discussing areas of disagreement.

After the meeting, Obama will host a dinner with Jinping and his wife.

Obama and Jinping are set to address the UN General Assembly gathering on September 28.