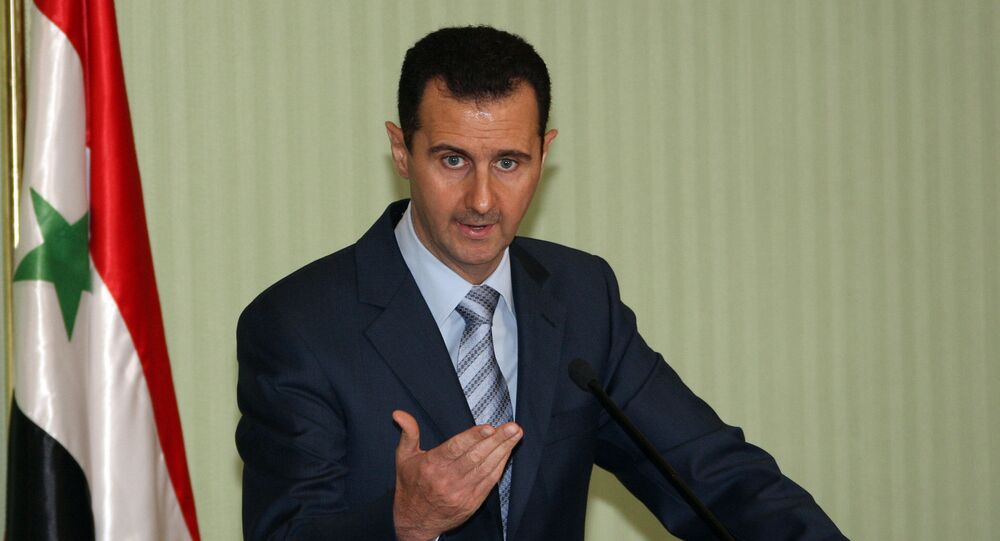 DAMASCUS (Sputnik) — Europe is now facing a major migrant crisis, with thousands of undocumented asylum seekers mostly from conflict-torn countries of the Middle East arriving to the EU with hopes for a better life.

"If you are worried about them, stop supporting terrorists. That’s what we think regarding the crisis. This is the core of the whole issue of refugees," Assad said in an interview with Russian reporters.

Bashar Assad called Tuesday on all forces in Syria to unite against terrorism.

© Sputnik / Vladimir Pesnya
West Admits ISIL, Not Assad’s Gov’t Main Threat to Middle East – Lavrov
"I would like to take this opportunity to call on all forces to unite against terrorism, because it is the way to achieve the political objectives which we as Syrians want through dialogue and political action," Assad said.

The president underscored that a successful political dialogue in Syria is possible only after terrorism has been defeated in the country.

"We have to continue dialogue in order to reach the consensus as I said, but if you want to implement anything real, it’s impossible to do anything while you have people being killed, bloodletting hasn’t stopped, people feel insecure," he said. "So, we can achieve consensus, but we cannot implement unless we defeat the terrorism in Syria."