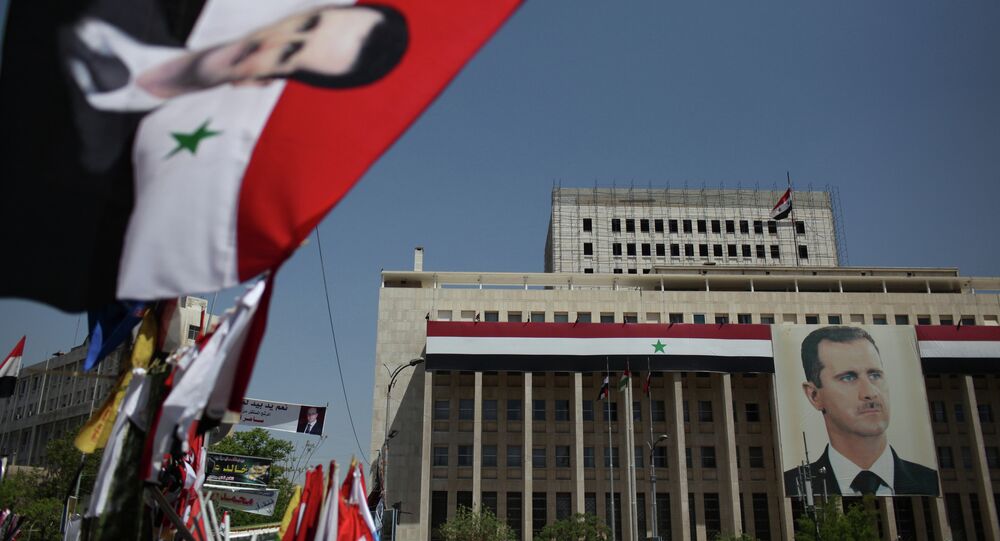 MOSCOW (Sputnik) — Ahtisaari took part in talks with representatives of the UN Security Council on the issue in February 2012, The Guardian reported.

Russia’s envoy Vitaly Churkin allegedly proposed a three-point plan which foresaw Assad ceding, but the United States, the United Kingdom and France rejected the initiative as they believed Assad was about to fall.

"It was an opportunity lost in 2012," Ahtisaari told the newspaper.

According to Ahtisaari, Churkin laid out three points during a meeting with him, which included not arming the Syrian opposition, commencing talks between Assad and the opposition and finding "an elegant way for Assad to step aside."

"Nothing happened because I think all these, and many others, were convinced that Assad would be thrown out of office in a few weeks so there was no need to do anything," Ahtisaari said, recounting the time he passed Churkin’s idea on to US, British and French missions at the United Nations.

© REUTERS / Hosam Katan
Assad or No Assad? US Hates Syrian Leader but Now Scared to Overthrow Him
Syria has been mired in a civil war since 2011. Assad’s government is fighting against numerous opposition factions and extremist groups, such as Islamic State and al-Nusra.

A US-led international coalition has been conducting airstrikes against ISIL's positions in the country without Damascus’ approval, as well as training and arming members of the moderate Syrian opposition.

Russia considers Assad's government to be legitimate. Moscow has hosted two rounds of intra-Syrian talks between the country’s opposition and authorities in 2015. In July, Moscow expressed its willingness to host a third round of intra-Syrian consultations.