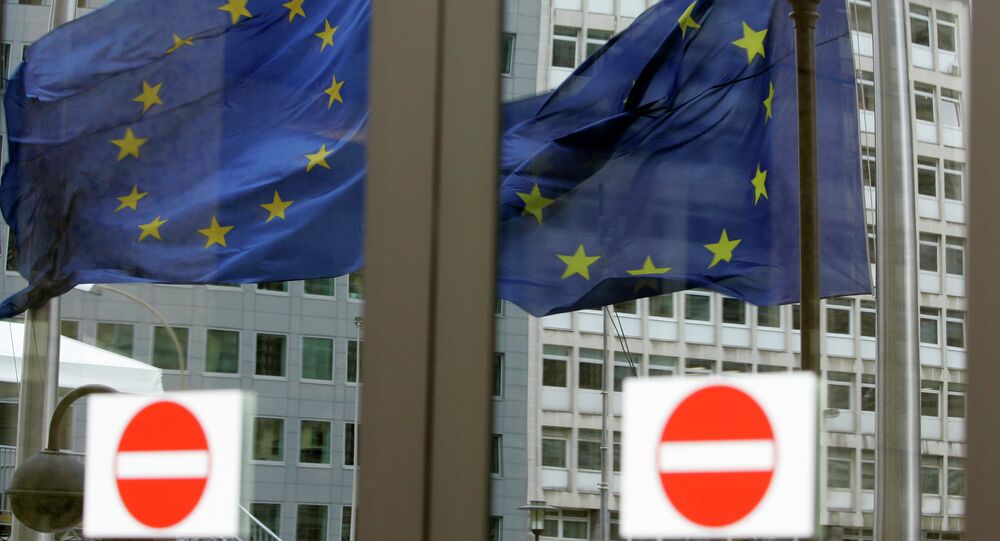 The European Union is gradually losing its foothold since it has begun imposing sanctions on Russia against its own interests, the Hungarian leader of the nationalist political party Jobbik told Sputnik.

BUDAPEST (Sputnik) – Gábor Vona said this move put the functioning economic, political, and energy relations in limbo “just to support the Ukrainian government that came to power illegally under unconstitutional methods with the direct support of the US government.”

“In my opinion, the EU has been gradually losing its foothold over the last few years. This became noticeable when it began its political line in imposing sanctions on Russia over the Ukrainian crisis, which completely contradicts its own interests,” Gábor Vona said in an interview.

“We can confirm that this was not in the interests of Europe or Russia. From the very beginning, we called for the Hungarian government not to support the sanctions policy of Brussels, but it joined in with the sanctions, and I’m sure it did this because of Western pressure,” Vona said.

“The war of sanctions waged against Russia using the Ukrainian crisis as the prerequisite was a faulty step by the European Union because it put its own interests to the side by falling under outside pressure,” Gábor Vona said.

Vona said that the heavyweights in the European Union, namely France, Germany, and Great Britain, had been drawn into the “Greek drama,” referring to Greece’s economic crisis that brought the country to the brink of a possible Grexit.

US John Deere to Continue Working With Russia Despite Sanctions