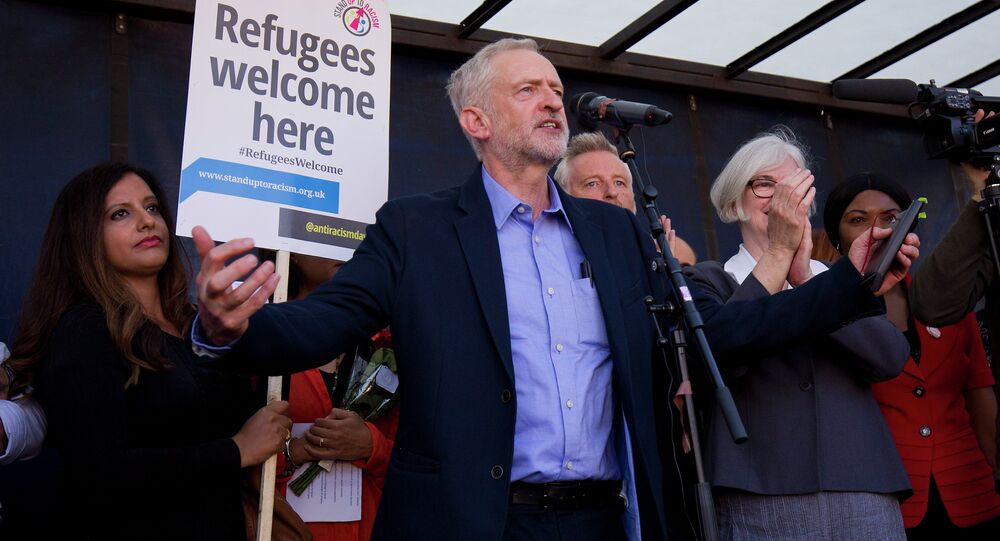 “The Labour Party is now a threat to our national security, our economic security and your family's security,” Cameron wrote in his Twitter account.

The Labour Party is now a threat to our national security, our economic security and your family's security.

Corbyn has been widely referred to as one of the most "rebellious" members of UK parliament, as he had opposed Britain’s participation in the Iraq war, and spoke against the renewal of the British Trident nuclear deterrent infrastructure.

The Conservative party fears that Corbyn would breach a consensus between the two major British parties on major issues, such as nuclear weapons, taxation and others.

Corbyn won the UK Labour Party’s leadership race on Saturday obtaining some 59.5 percent of votes in the first round.