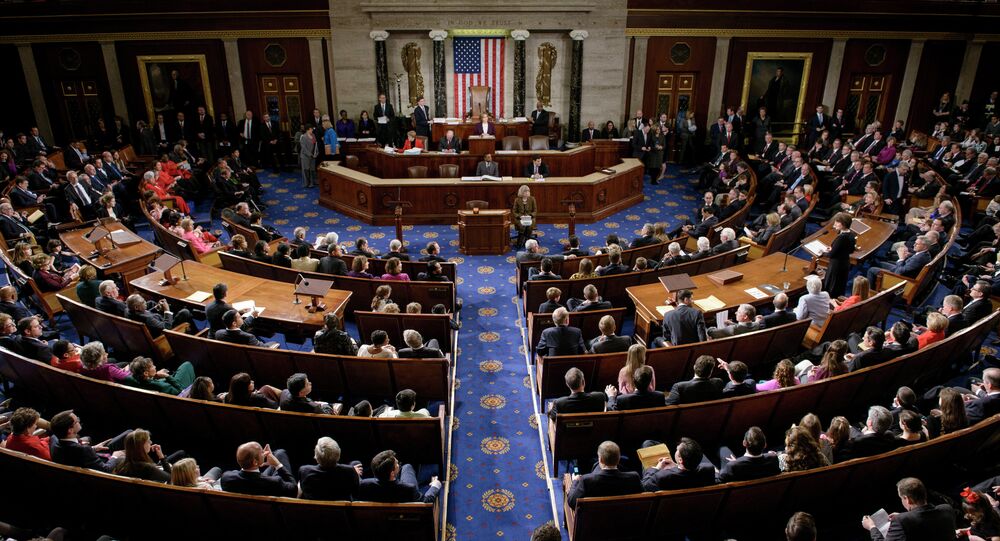 The US House of Representatives rejected the Iran nuclear agreement. Every Republican member of the House, with the exception of one, voted to kill the Iran agreement.

WASHINGTON (Sputnik) — The US House of Representatives passed a resolution of disapproval, rejecting the Iran nuclear agreement on Friday.

© AP Photo / J. Scott Applewhite
US Senate Republicans to Attempt Repeat Vote to Kill Iran Nuclear Deal
The resolution, which would prevent US President Barack Obama from lifting sanctions on Iran, passed in a final vote of 269 to 162. Every Republican member of the House, with the exception of one, voted to kill the Iran agreement.

In a Thursday procedural vote, the US Senate agreed to uphold the Obama administration's nuclear agreement, but the Senate Majority Leader Mitch McConnell has scheduled a second vote on the deal for September 15.

Even if both houses of Congress agree to reject the deal, Obama can still veto the resolution. The House would require 290 votes to override a presidential veto, the Senate would require 67 votes.

Opponents of Iran Nuclear Deal Defeated in US Senate Vote