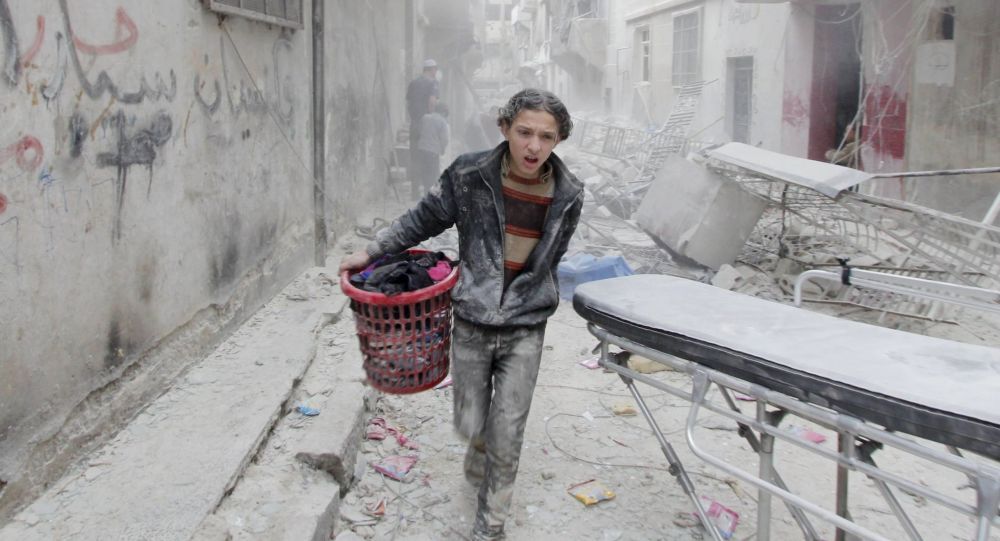 The West is continuing to demonstrate its hypocrisy by slamming Russia for supplying Bashar al-Assad’s legitimate government in Syria with weaponry, as it badly needs Moscow’s assistance to resolve the ongoing conflict in the country and defeat the ISIL militant group, British journalist Patrick Cockburn believes.

© AP Photo / Muhammed Muheisen
Stephen Cohen: Russia Warned of 'Arab Spring' Consequences, No One Listened
According to Cockburn, the civil war in Syria will end as soon as the Western powers admit that Russia is not attempting to seek supremacy in the Middle East, and start cooperating with Moscow on a solution to the Syrian crisis.

Moscow provided Syrian President Bashar al-Assad with both diplomatic and military support which prevented him of being overthrown. However, just few years ago Russia was incapable of administrating aid to other countries, which resulted in the intervention of Libya by NATO forces and the death of the country’s leader Muammar Gaddafi during the civil war in 2011, the columnist continued.

“The big difference between now and then is that Russia is back as a great power,” Cockburn said, citing a high-profile American general explaining how President Bashar al-Assad managed to retain power.

The columnist continued by saying that nowadays Russia is not as powerful as the Soviet Union once was. But at the same time, the US and the UK have also lost ground in the Middle East: both states fell short of achieving their goals in Afghanistan and Iraq.

Moreover, Washington has failed to slow down the expansion of ISIL in Syria, which has gained control of half the country and now is about to claim even more territory.

© REUTERS / Hosam Katan
Assad or No Assad? US Hates Syrian Leader but Now Scared to Overthrow Him
So far, the world’s main powers have demonstrated complete indifference towards the war in Syria, though it is obvious that the fighting sides in the country would rather eliminate each other than try to look for a consensus, Cockburn wrote in his blog at the Independent website.

The US continues to criticize Moscow for helping al-Assad, ignoring the threat of ISIL and al-Qaeda becoming the main powers in the country if the Syrian army is defeated. Then Washington will be the first to express its concerns about the increasingly chaotic situation. Isn't it serving as more proof of Washington's political double standards, Cockburn stressed.

Meanwhile, thousands of Syrian citizens are fleeing from their war-torn country to European states, looking for asylum. The constantly growing stream of migrants has led to the crisis in the old world, which eventually could pose threat to the existence of a united Europe.

In conclusion, Cockburn stated that without Russia, the West won’t find a solution to the Syrian crisis and ISIL could be the only winner in this battle.