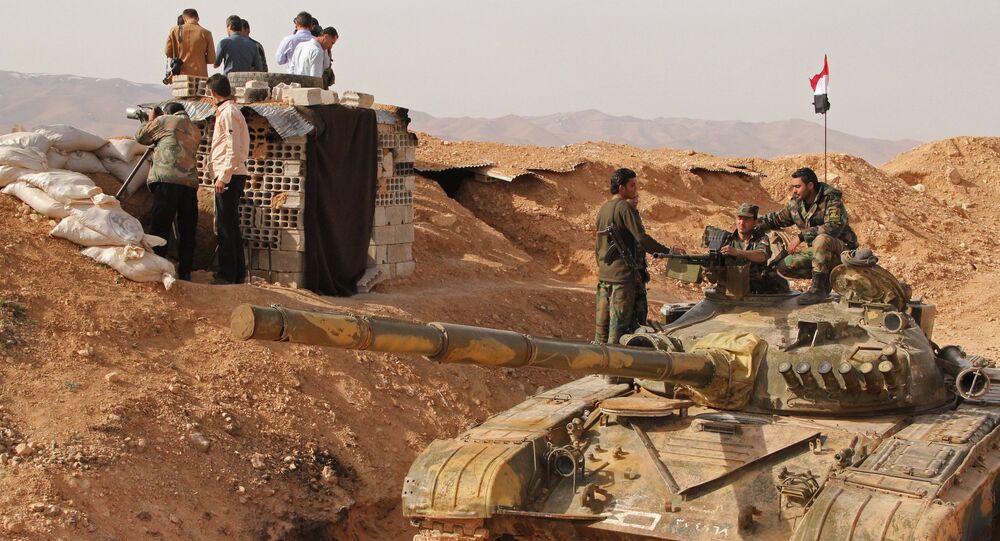 Russia carries out weapons deliveries to Syria under legal contracts that do not violate the international law, Foreign Ministry said on Thursday.

MOSCOW (Sputnik) — Earlier on Thursday, it was reported by Russian newspaper Kommersant that Moscow supplies Syrian government forces with firearms, grenade launchers and armored personnel carriers as the country is struggling with radical ISIL militants.

"These deliveries are carried out in full compliance with bilateral contracts signed with legitimate Syrian authorities, therefore, they do not violate, in any respect, international laws," ministry's spokeswoman maria Zakharova said.

"There is no embargo on arms deliveries to Syria…and we will respect all our obligations to this country in the area of military-technical cooperation," Zakharova stressed.

© Sputnik / Valeriy Melnikov
Kremlin: Russia Helps Assad Because Only Syrian Army Can Defeat ISIL
She also described Western claims that the Russian assistance to Syria in the fight against terrorism would allegedly lead to strengthening of the Islamic State as "absurd."

"I can assure you that we do not pursue any other goal but fight against international terrorism while providing military-technical assistance to Damascus," she added.

Meanwhile, Kremlin spokesman Dmitry Peskov said that Russia is providing aid to the Syrian army because it believes this is the only force capable of confronting the Islamic State.