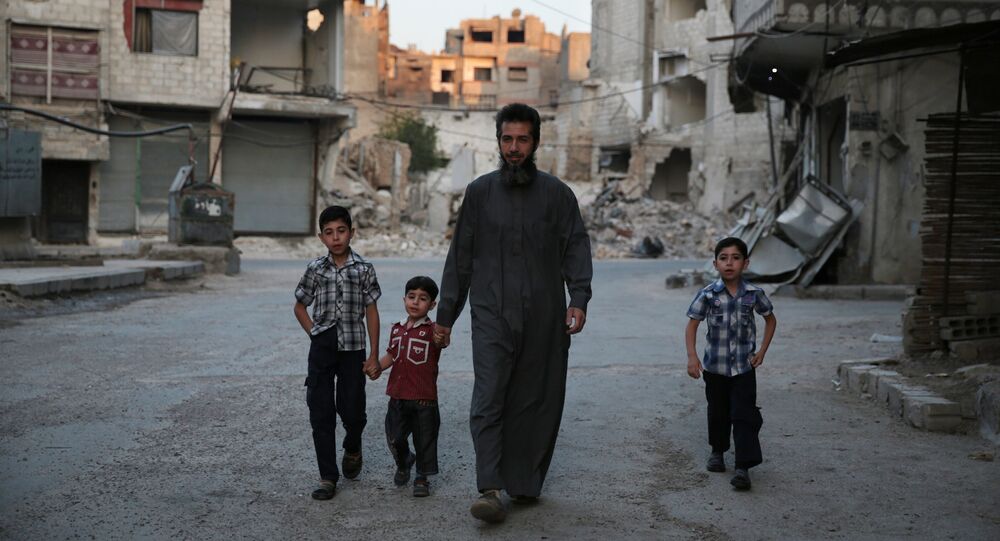 Following an unprecedented influx of refugees, European states increasingly understand that finding a solution to the devastating civil war in Syria and tackling the Islamic State is impossible without the assistance of Syrian president Bashar al-Assad and Russia.

© Sputnik / Andrey Stenin
Russia Sends Firearms, Grenade Launchers to Syrian Army to Counter ISIL
This is a U-turn on the US approach to the issue. Washington conditioned peace in the war-torn country on Assad's resignation and its European allies supported the stance for some time. Now, as Europe is awash with refugees, they appear to be realizing that this strategy has failed to bring a positive change to the region and is unlikely to work in the future.

Now Austria and Spain want Assad and Russia to take part in finding ways to put an end to the war.

While on a visit to Tehran, Austrian Foreign Minister Sebastian Kurz called for a joint approach which will work only if countries like Iran and Russia are involved. "We have to show pragmatic solidarity and involve Assad in the fight against the Islamic State," the diplomat added.

Would you welcome Middle East refugees in your country?
Voted: 6321
All polls
Kurz echoed the sentiment expressed earlier this week by Spanish Foreign Minister Jose Manuel Garcia Margallo. "The time has come to start negotiations with the Assad regime if we do not want this war, which has already killed 250,000 people, to keep causing human tragedies," Spain's top diplomat observed.

The exodus of refugees from the Middle East and the expansion of the Islamic State show that Russia has to be an intrinsic part of any equation meant to end the Syrian war, asserted Irish journalist Patrick Cockburn, who specializes on the Middle East.

"In handling the Syrian crisis, Russia is bound to be a leading player in stopping Isis because it supplies the weapons to do so and, similarly, in negotiating a peace because Assad must keep in step with Russia if he is to survive," he noted in an opinion piece titled "Only a US-Russian agreement can spur a settlement in Syria."