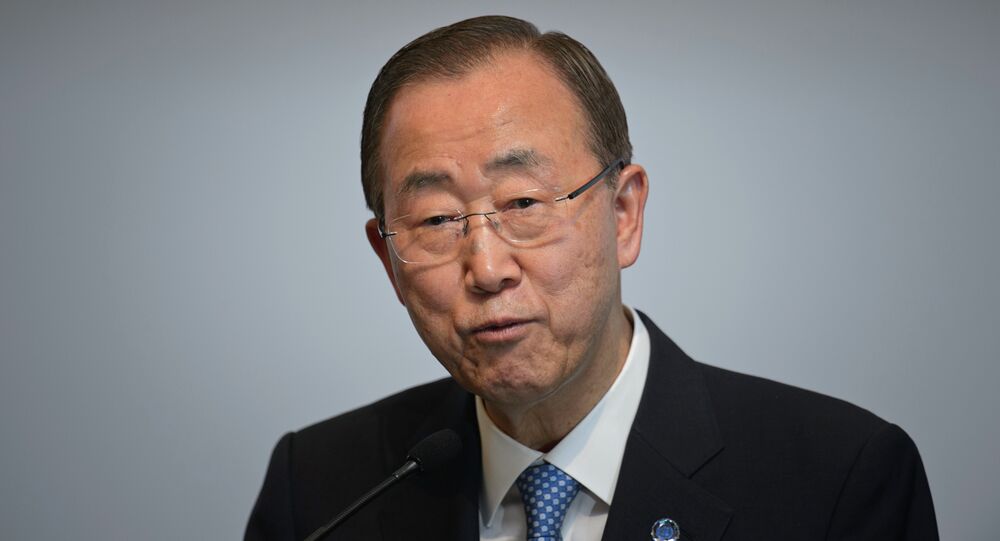 "Of course that is a domestic process, and we wouldn't have any comment on the process before the US Congress while it considers its decision, but you are obviously aware of the Secretary General's support for the deal that was reached by the six countries and Iran, and his hope that it will be implemented and followed by all parties," the spokesperson said on Wednesday.

Asked whether there is a possibility that the Secretary-General will meet with US President Barack Obama to discuss the Iran nuclear deal, Haq said that "it is, indeed, possible."

Forty-two of the total 100 US Senators have publicly approved the Iran nuclear agreement. A resolution of disapproval requires 60 Senate votes.

© AP Photo / Majid Asgaripour, File
Iran Deal Opposition Resembles Lead-Up to Iraq War - Anti-War Activist
However, the majority of US Congress members oppose the Iran nuclear deal, fearing that Tehran will fail to fulfil its obligations under the agreement.

President Barack Obama has already made clear that he will veto any resolution disapproving the US implementation of the Iran nuclear agreement. In August, Obama gained sufficient support to be able to sustain a veto, ensuring the passage of the nuclear agreement and sanctions relief for Iran.

US ally Israel was the only state vocally opposed to an international deal with Iran, arguing that the deal will not stop Tehran from acquiring nuclear weapons.