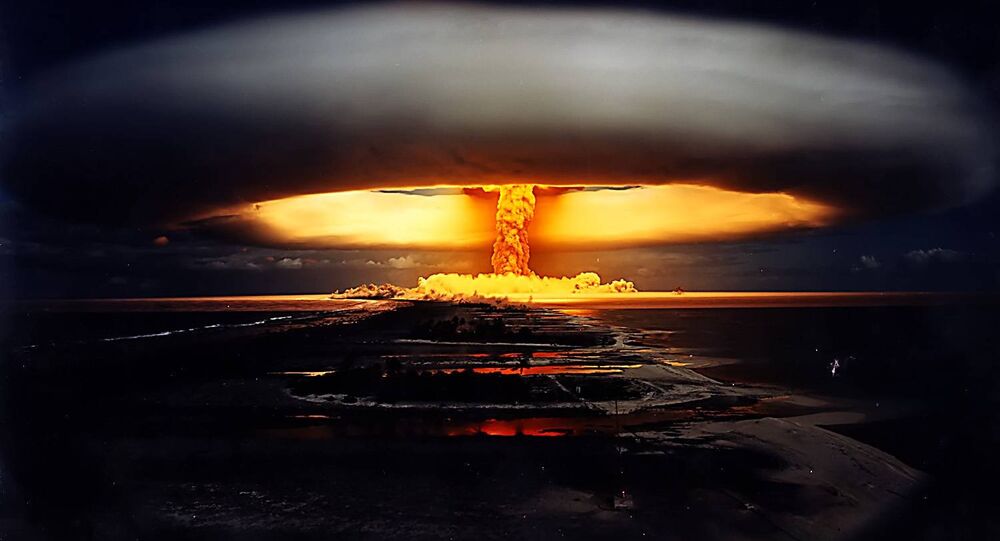 A local nuclear war sparked by the North Atlantic Alliance's relentless saber-rattling would leave millions killed in the heart of Europe – NATO's own history attests to this fact.

© East News / USA/Science Photo Library
Post WW2 World Order: US Planned to Wipe USSR Out by Massive Nuclear Strike
The bloc should take a walk down memory lane. In 1954, NATO embraced a preemptive nuclear strike doctrine and a year later it staged major war games simulating a nuclear exchange between the member states and the forces of the Communism bloc.

"Tactical nukes packed a smaller yield than their larger strategic cousins. The logic behind using them held that the weapons were large enough to offset NATO's disadvantage against the conventionally superior Soviet forces," Adam Rawnsley explained in an article published by the War Is Boring website.

The results were dreadful: the conflict was estimated to have left 1.7 million dead and 3.5 million wounded in Germany alone.

Carte Blanche "shocked and horrified citizens in NATO countries, especially in West Germany – ground zero for any war with the Soviets, and alarmed their leadership. For years afterward, Carte Blanche shaped attitudes toward nuclear weapons and their role in defense of Europe," Rawnsley asserted.

Following the war-games, British Air Commodore Peter Wykeham-Barnes said that in tactical nuclear warfare the attacker was the likely winner. This could be the reason why the US and their NATO allies still refuse to abandon the no first use (NFU) policy.

NATO described nuclear weapons as a core component of its deterrence and defense capabilities. "As long as nuclear weapons exist, NATO will remain a nuclear alliance," the bloc reiterated in 2012.