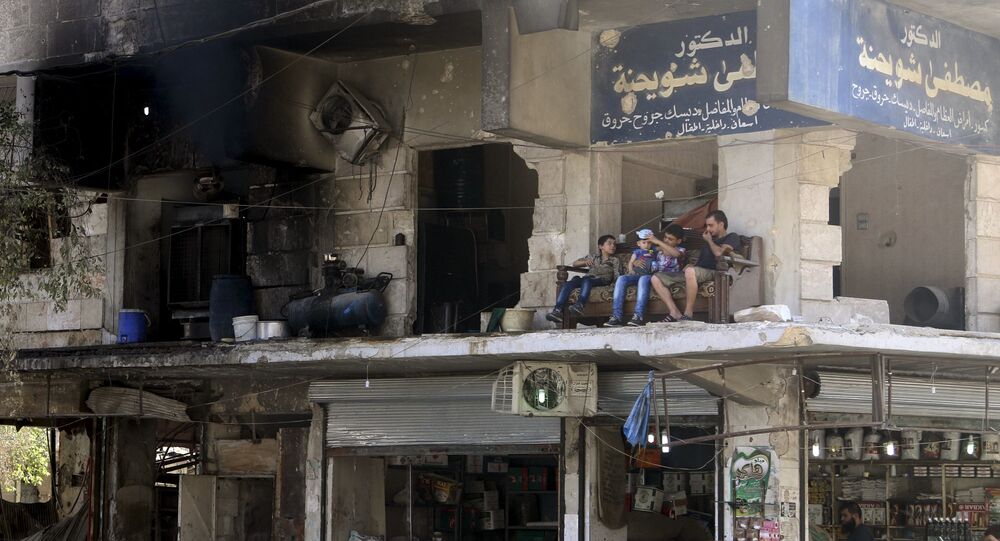 Instead of saying who is really responsible for the bloody civil war in Syria, Germany is trying to lay the blame for the tragedy on Russia, Deutsche Wirtschafts Nachrichten reported. As a result, Merkel's foreign policy is losing credibility.

Syria, Iraq, Libya, Afghan — Refugees flood to Europe because WE bomb their homes. WE engineer the wars. WE are to blame. UK/US war machine!

"The conflict [in Syria] does not have a military solution. All stakeholders, including the government in Moscow, would be well advised to overcome their differences and hold talks on the political future of the country," the media outlet quoted a representative of Germany's Foreign Ministry as saying.

© Sputnik / Dmitriy Vinogradov
Who Wins From Spinning False Claims of Russia's Military Buildup in Syria?
The comment follows false reports that Russia was engaged in a military buildup in Syria.

At first the US government was reluctant to take part in the ensuing blame game. The Obama administration must have sent a clear signal that the US wanted to work together with Russia in order to destroy the Islamic State, the publication noted. Nevertheless, US hawks did not miss an opportunity to accuse Moscow of conducting a military operation in Syria.

Merkel's spokesman refused to confirm or deny the rumors but echoed the sentiment expressed earlier by the representative of Germany's Foreign Ministry: Russia does not benefit from chaos and anarchy in the Middle East.

Yet Moscow is not responsible for the tragedy unfolding in Syria.

"Chaos and anarchy were triggered by the US military engagement [in the region]," Deutsche Wirtschafts Nachrichten stated, adding that Americans essentially gave rise to the Islamic State to overthrow Assad.

No More Regime Change: Refugee Crisis Lesson for US and Europe

Syrian Refugee to Sputnik: ‘I Told Myself I Had to Run to Save My Siblings’