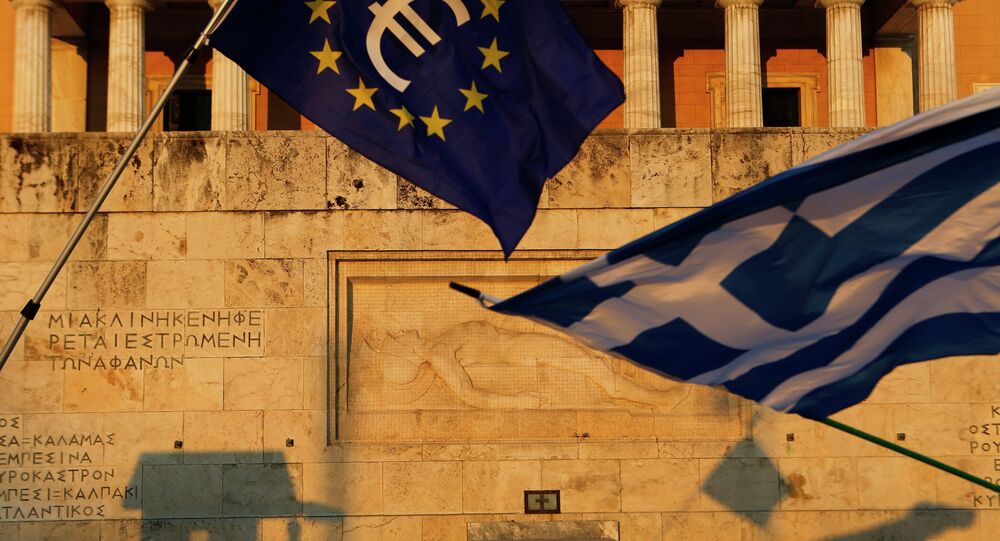 BRUSSELS (Sputnik) — The Eurogroup will meet on September 12 in Luxembourg, to assess progress in the economic recovery of Greece and Cyprus, a source in the Eurogroup secretariat said Monday.

"The [EU finance] ministers will discuss the current economic situation [in the eurozone], and ways to enhance the economic growth and create jobs. They will also be informed about current economic adjustment programs in Greece and Cyprus," the source told RIA Novosti.

Greece was threatened with a potential exit from the euro currency zone, owing more than $270 billion to its main international creditors, the International Monetary Fund, the European Central Bank and some eurozone nations.

The European Stability Mechanism released the first tranche, of nearly $30-billion, to Greece last week to enable it to service its existing debt.

Cyprus was hit by the 2012-2013 financial crisis, and faced the collapse of its banking system and the pre-default state of the economy. In March 2013, the Eurogroup ministers announced a $13-billion bailout loan in return for closing the country's second largest bank and imposing a one-time deposit levy on all uninsured deposits.