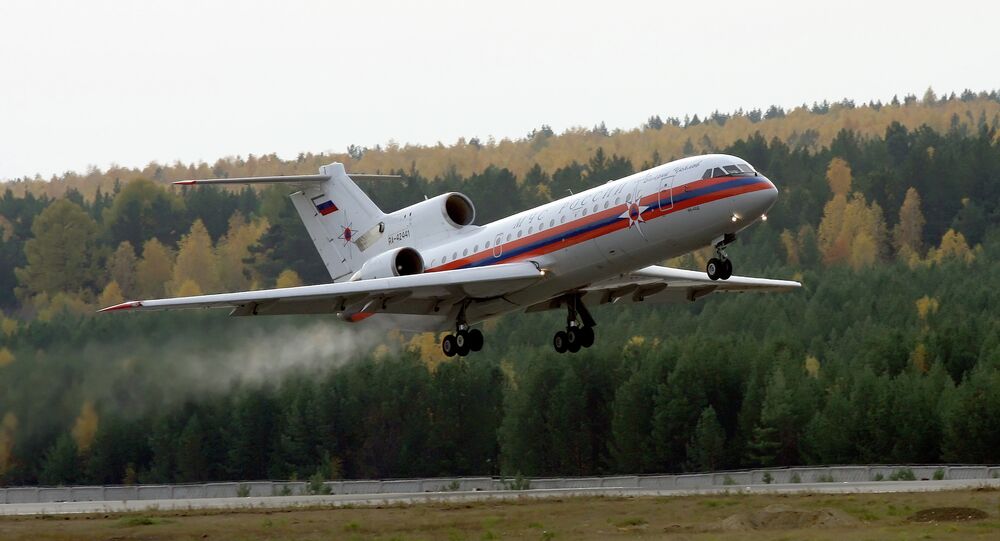 Athens confirmed Greece has received a request from the United States to deny the country's airspace for Russian aid flights to Syria, Reuters reports.

© Sputnik / Andrei Stenin
Athens Denies US Request to Close Airspace for Russian Aid to Syria
A spokesman for the foreign ministry in Athens said on Monday that the request was being examined.

A source in the Greek Foreign Ministry confirmed media reports that Athens had received a US request to close down its airspace to Russian aid flights into Syria.

"Yes, there was a request from the United States," the source told Sputnik.

Earlier Greece has denied US request to close Athens airspace (FIR Athens) for the flights of Russian aircraft with humanitarian aid to Syria, a diplomatic source in Athens said.

"On Saturday, US embassy appealed to the Greek government with a request to prohibit the flights of Russian aircraft in the FIR Athens. The Greek government refused to do so, in order not to worsen relations with Russia," the source told RIA Novosti.

According to the source, Moscow has requested and received Athens' permission to conduct flights to transport humanitarian aid to Syria in the period from September 1 to September 24.