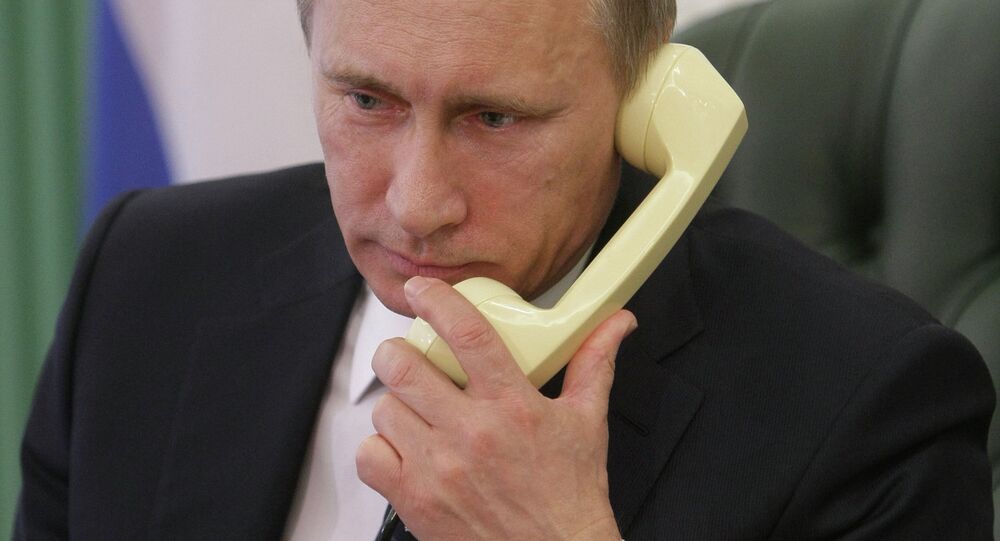 Russian President Vladimir Putin described the events in the Republic of Tajikistan as an attempt to destabilize the internal situation in the country and expressed his support for the leadership of Tajikistan, according to presidential spokesman.

Earlier in the day, one police officer was killed and several others injured after an attack by unidentified gunmen on a security checkpoint outside the Tajik capital of Dushanbe.

"The Russian leader has described the events in the Republic [of Tajikistan] as an attempt to destabilize the internal situation in the country and expressed his support for the leadership of Tajikistan. Putin and Rahmon agreed to hold a separate meeting during the upcoming September 15 CSTO [Collective Security Treaty Organization] summit in Dushanbe," the TV channel said.

© AP Photo / Alexander Zemlianichenko
Police Officer Killed in Deadly Attack on Checkpoint Outside Tajik Capital
On Friday, clashes between government forces and an armed gang in the Tajik capital and in the city of Vahdat, some 6 miles away from Dushanbe, killed over 30 police officers and nine gang members.

The gang was reportedly led by former Deputy Defense Minister Abduhalim Nazarzoda who had been fired by Rahmon earlier that day for unspecified crimes.

The CSTO is an intergovernmental military alliance bringing together six post-Soviet states, including Russia and Tajikistan.