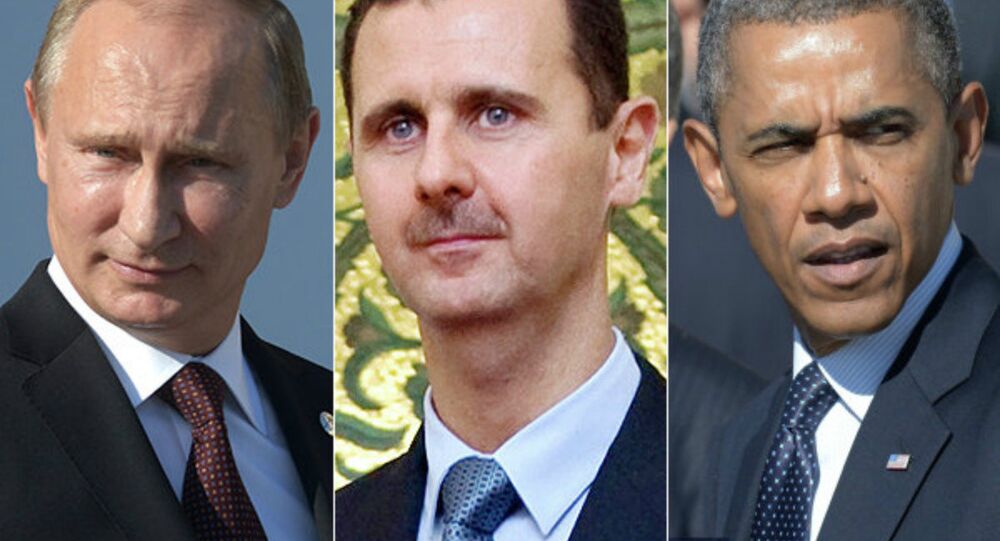 The Former US Assistant Secretary of State for Europe and chief nuclear arms negotiator said that the Syria crisis' diplomatic talks could trigger a positive change in the US-Russia relationship.

The incentives exist for both countries to end the humanitarian catastrophe in Syria, and cooperate on counter-terrorism efforts in the country where the Islamic State was "essentially created," Burt explained.

Burt noted that "all of that is leading to, perhaps, greater flexibility in both Washington and Moscow."

In August, the United States, Russia and Saudi Arabia met under the auspices of the UN to reopen discussions on a political settlement in Syria, including the possibility for a political transition.

Since the conflict began in 2011, both the United States and Russia have been central to facilitating two ultimately unsuccessful rounds of UN peace talks on Syria.

© Sputnik / Andrei Stenin
US Finally Realizes Russia's 'Key Role' in Resolving Syrian Crisis
The talks collapsed in part because of the US refusal to negotiate any kind of peace settlement with Syrian President Bashar al-Assad still in power and Russia’s refusal to allow regime change in Syria.

The new talks exploring the possibility of a transitional government in Syria are "very positive" and "long overdue," Burt said.

He noted that both the United States and Russia "have been too rigid on the issue of Syria," emphasizing the importance of "more flexibility" on both sides.

The UN Security Council gave a significant boost to a potential diplomatic path forward in Syria when the world body unanimously approved a resolution calling for a political transition process.

Prior to the latest round of UN-sponsored talks on Syria, Moscow hosted two rounds of talks between the Syrian government and members of the opposition in 2015.

Russia’s Talks With Saudis, Syrian Opposition a ‘Positive Sign’ - US