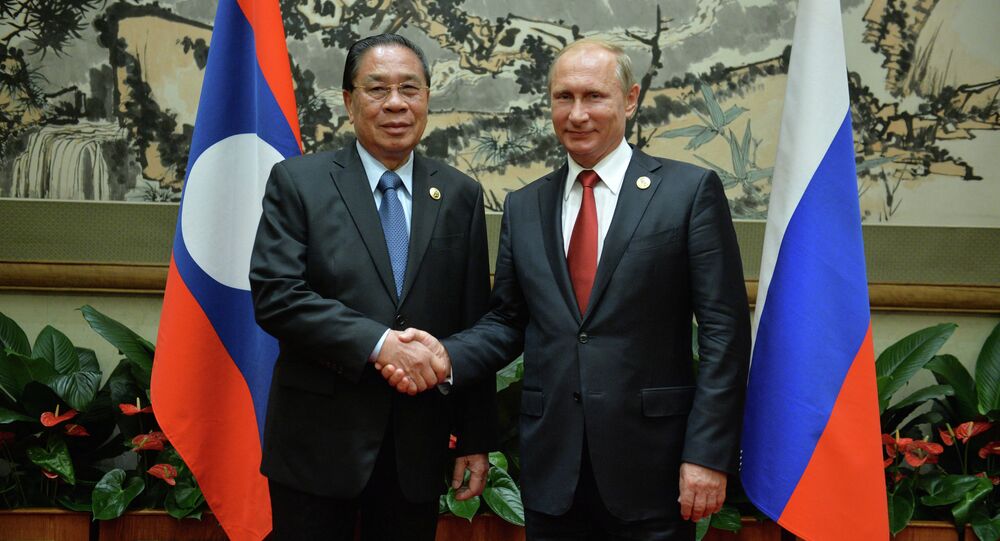 Russian President Vladimir Putin said that Russia and Laos should take advantage of Laos's chairmanship of ASEAN in 2016 to expand trade and economic relations between countries.

Laos will take over the rotating chairmanship of ASEAN in 2016.

"Laos will chair the ASEAN and it is very important for Russia for restoring and expanding our ties with Asia. We have a high-level dialogue, which was given a momentum, and we should take advantage of it to expand trade and economic relations," Putin said at a meeting with his Lao counterpart Choummaly Sayasone.

© AFP 2020 / Greg BAKER
30 Deals to Be Tabled During Putin’s September Visit to Beijing
The meeting between the two presidents took place ahead of the 55th anniversary of the establishment of diplomatic relations between Russia and Laos, according to Putin.

Taken together, ASEAN countries would rank as the world's seventh largest economy.

Since 1990, Russia has been developing closer ties with ASEAN member states, participating in the organization's summits.