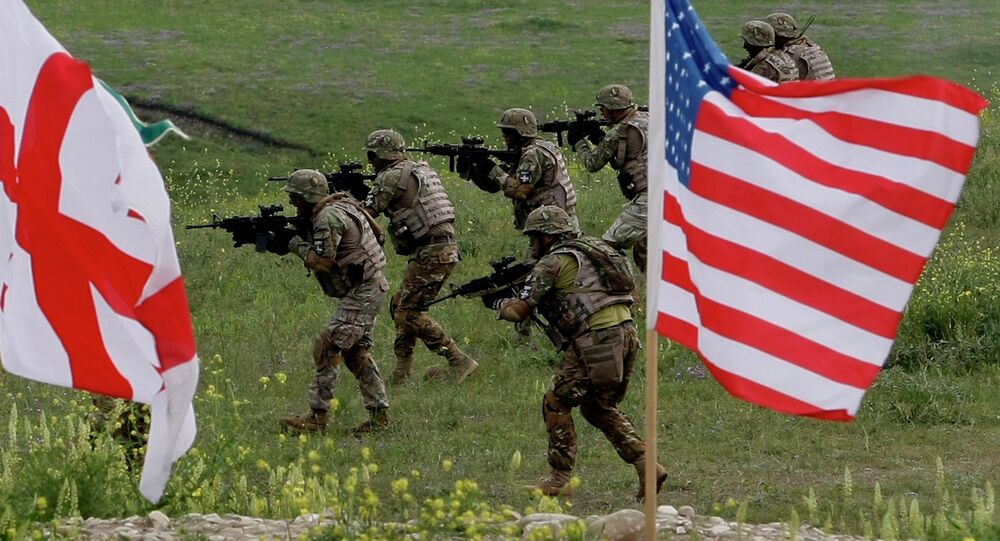 "Georgia’s foreign policy priorities, naturally, remain the same as they are defined not by the desire of any government, but by the free will of the Georgian population," Kvirikashvili said on Wednesday.

Kvirikashvili said on Wednesday that Georgia "will continue along its path of euro integration and NATO membership" and will "maintain a pragmatic policy with Russia."

© AFP 2021 / VANO SHLAMOV
Moscow Calls Opening of NATO Training Center in Georgia Provocative Move
Last week, a new NATO training center opened in Georgia, as part of the measures to encourage Georgia in its efforts to join the alliance, which were approved at a NATO summit in Wales in September 2014.

Institutional cooperation between Georgia and NATO began in 1994, when Georgia became a member of NATO's Partnership for Peace program. The country's cooperation with the organization intensified in 2004 after the Rose Revolution which led to President Eduard Shevardnadze’s forced resignation.

Russia has expressed concern over NATO’s intensified military presence in Eastern Europe warning that it could be a threat to regional security. According to the Russian Foreign Ministry, the opening of a NATO training center in Georgia is a provocative move aimed at expanding the alliance’s geopolitical influence.

New Polish President: Putin Can Walk All Over Me, but He Won't Wake Me Up