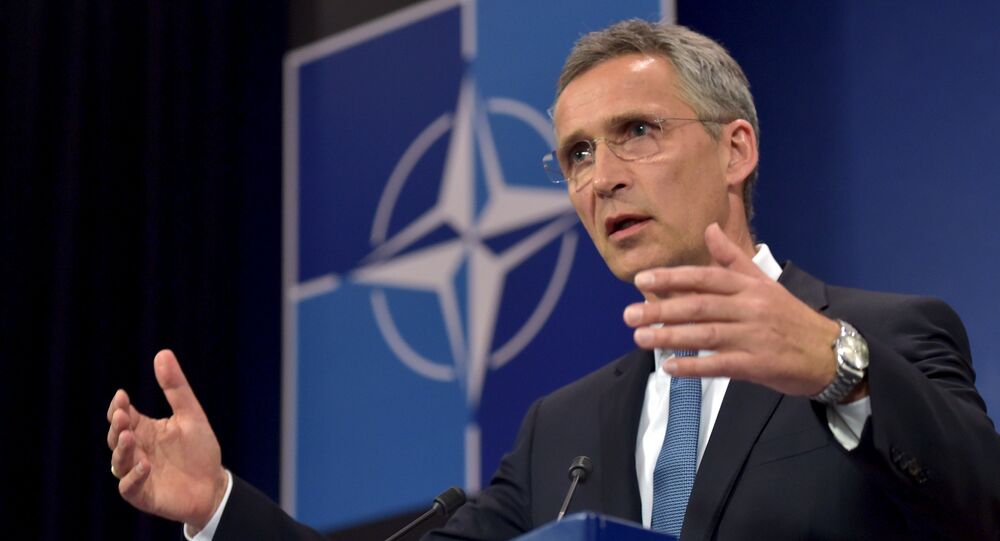 BRUSSELS (Sputnik) — All NATO allies are engaged in attempts to tackle the migrant crisis either as EU members or through international organizations, the NATO chief added.

"There is no military solution to the migrant crisis but what NATO does is by working with partners in the Middle East, in North Africa, in Afghanistan, we are addressing the root causes of the migrant crisis," Stoltenberg said at a joint press conference with Luxembourg Prime Minister Xavier Bettel.

© AP Photo
Kremlin: West's Support of Conflicts in Libya, Syria Created Migrant Crisis
The European Union has been beset by a refugee crisis, with thousands of undocumented migrants, mainly from the Middle East and North Africa, arriving in EU member states, fleeing violence and poverty in their home countries.

According to the EU border agency Frontex, a record number of over 340,000 refugees and migrants arrived in the European Union between January and July 2015.