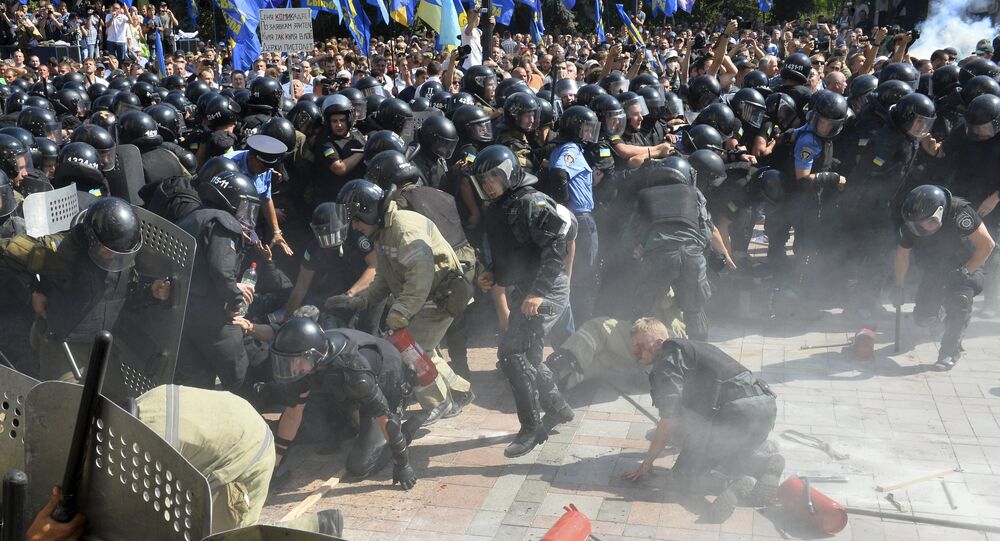 EU Waking Up to Reality in Ukraine – Russian Envoy

The EU is finally waking up to the reality of Ukraine’s economic plight and ill-advised politics, but it still remains foursquare behind the Kiev leadership, Russia’s envoy to the EU said on Tuesday.

© AFP 2020 / GENYA SAVILOV
Apple of Discord: US, EU Split Over Future of Ukraine, Donbass Status
“I think they have started sobering up to what is happening in Ukraine… They did try to play down the recent violence in Mukachevo, of course, but I am certain that the events there weren’t lost on Brussels. This does not mean that they are going to give up on their support to Kiev though,” Vladimir Chizhov told RIA Novosti on the sidelines of the European forum in Alpbach, Austria.

Chizhov also said that he hoped that the planned visit to Ukraine by members of the EU’s Political and Security Committee would “help the EU to better understand what is really happening there.”

The PSC consists of EU envoys and representatives of the European foreign policy services.

Ukrainian President Petro Poroshenko earlier said that the visit was scheduled for later this month.

Thousands of radicals and nationalists rallied outside the parliamentary headquaretrs in Kiev on Monday as the MPs were voting  on a bill to give more power to regional governments.

Svoboda and the populist Radical Party organized the protest to voice their opposition to the decentralization law, which they see as the first step to autonomy for the country’s independence-minded Donbass region.