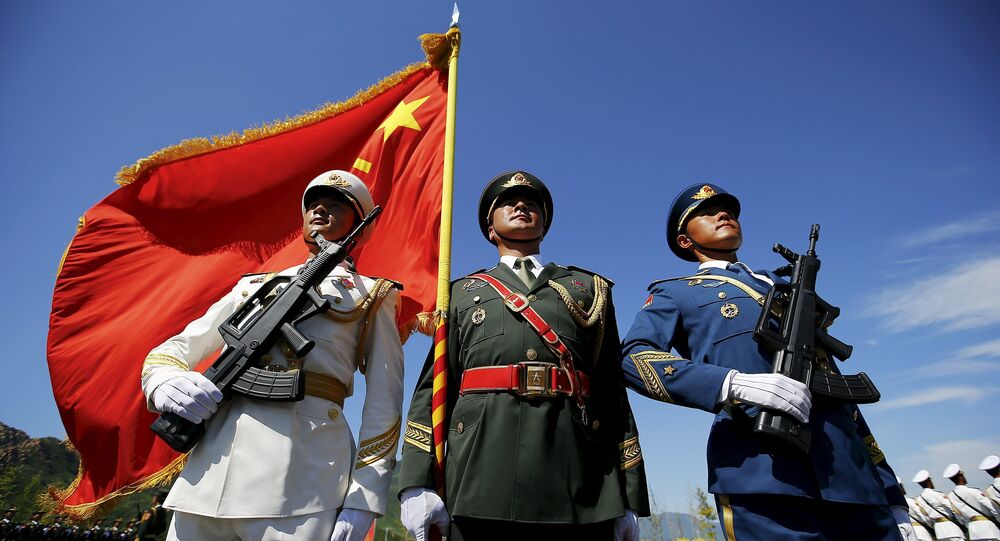 Russian President Vladimir Putin is due to visit China on September 2-3 to take part in events commemorating the 70th anniversary of Japan’s surrender in World War II.

A major military parade will be held on Tiananmen Square in Beijing the following day, with delegates from a total of 30 countries expected to attend.

Russian Ambassador to China Andrei Denisov said last month that he expected the schedule of Putin’s visit to be very intense and to include the signing of over 20 agreements, in the fields of finance and transportation, among others.

Russian presidential aide Yuri Ushakov said the agenda of Putin’s visit to Beijing would include talks on the subject of e-commerce and cooperation within the framework of international organizations, including the United Nations, the G-20 and the Asia-Pacific Economic Cooperation forum.

He added that he expected around 30 documents to be signed in the presence of Putin and Xi.

© REUTERS / Damir Sagolj
China Promotes View of Global History to Counter Western Narrative
One of the key bilateral agreements is a memorandum on natural gas supplies from Russia’s Far East to China, through the pipeline known as the Power of Siberia. The memorandum is expected to cover supplies of Russian gas to China for a period of 30-years, with 38 billion cubic meters to be supplied annually in the initial phase.

Putin previously met Xi in July, when the Russian city of Ufa hosted joint BRICS and SCO summits. Russia and China are members of both economic associations.

The military parade is dedicated to Japan’s capitulation in 1945, when the Soviet Union came to China’s aide on the eastern front. China suffered from Japanese militarism as early as 1931, when the Imperial Japanese Army occupied the northeast region of Manchuria.

Reasons Why World Should Keep Calm About Chinese Economic Crisis