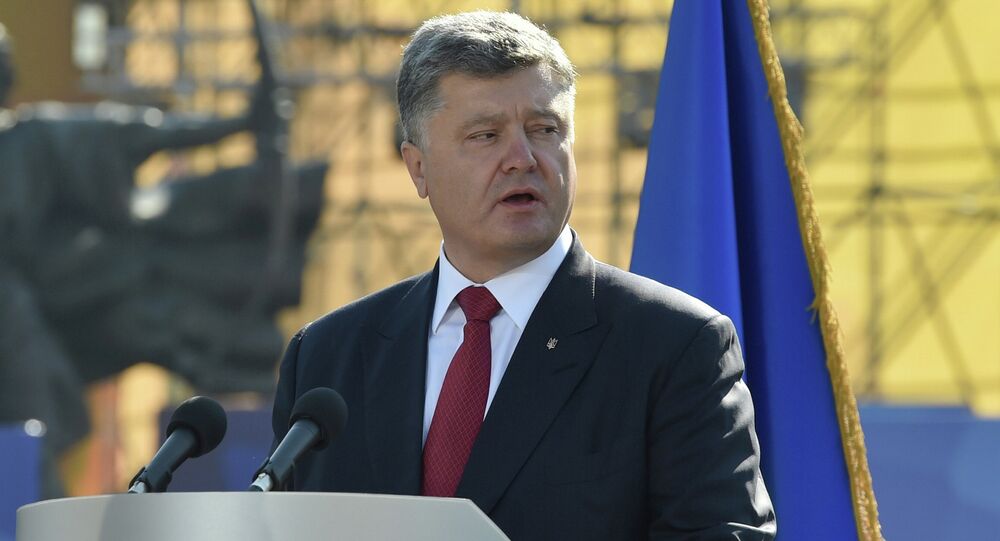 Ukraine's Radical Party of Oleh Lyashko announced Tuesday that it would withdraw from the country's ruling coalition.

© REUTERS / Stringer
Poroshenko Calls Violent Clashes in Kiev 'Stab in the Back'
KIEV (Sputnik) — The announcement comes after the party strongly opposed the draft law on decentralization proposed by Ukrainian President Petro Poroshenko.

"We do not see the possibility of staying in the coalition… I announce our decision to leave the coalition," party leader Lyashko told reporters. He added that the party would be in opposition to the current president and government.

"Leaving the coalition is the Radical Party's joint decision, reached unanimously. Everyone agreed with this decision, and, as a result, the Radical Party cannot be represented in the government. This means for me personally that I resign," he said.