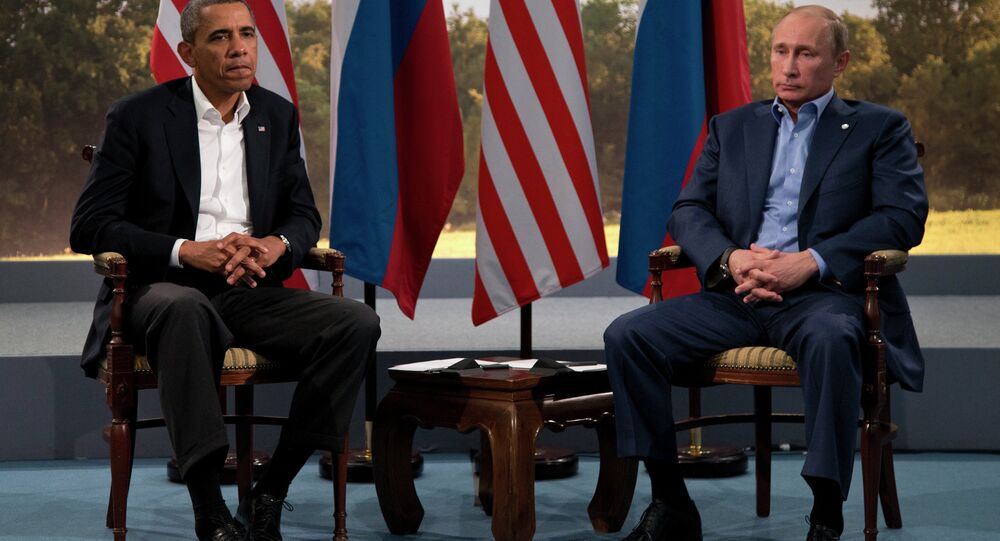 It is always tempting to try to pinpoint the exact event which might have triggered the recent cold spell in the relations between the United States and Russia but the standoff is a result of a complicated decades-long history and corrupt interests, Irish journalist Bryan MacDonald maintains.

© AP Photo / Richard Drew
A Matter of Absolute Power: This Is Why Washington Can't Stand Russia
It all started with a sense of promises unfulfilled.

"Russia feels betrayed. … It feels that the supposed détente between Gorbachev and Reagan and the 90s supposed friendship between Yeltsin's administration and that of Bill Clinton was probably going to lead to an alliance between Russia and America," the political analyst told Sputnik.

The partnership never really took shape but major changes were underway. For instance, Russian mainstream opinion drastically transformed in the 90s. Russians no longer perceived the United States and Western Europe as an adversary but the narrative in the West did not follow suit, the journalist asserted.

"Unfortunately, Russia is still seen as an enemy by many countries and many parts of the military and political establishment particularly in the United States and Great Britain," MacDonald noted.

The anti-Russian sentiment is also artificially fueled in the West. The Irish journalist named it another major reason for the current standoff.

This "particular ethos" has emerged in several post-Soviet states, including the Baltic nations and Georgia and to varying degrees in Poland and Romania. Slovakia, the Czech Republic and Hungary have remained immune to the anti-Russian virus.

"Politicians have found it very useful to take anti-Russian position and to use hysteria and genuine fear of [Russia] to their advantage. In many cases they use it to cover corruption, economic incompetence and hopelessness in the domestic market," MacDonald stated.

© Sputnik / Vladimir Pesnya
Russia Should Not Trust Western Politicians – German Media
As it turned out, Ireland had the same experience decades ago.

During its first 50 years of independence, Ireland was largely a failed state. The party managed to stay in power by "generating hysteria of the British threat, which was pretty much non-existent at that stage. I can see right now a carbon copy of this in the Baltic states, Poland, Ukraine," the journalist observed.

Yeah, we all know how constrained US military spending is, @kevinandrewsmp. #ClientState pic.twitter.com/I0PHhzot6H

US hardliners overhype anti-Russian hysteria for another reason – they need a potent adversary to justify high levels of defense spending.

"The American defense budget has absolutely mushroomed since the September 11 attacks in New York and the subsequent wars in Iraq and Afghanistan. And there is obviously a lot of vested interest in maintaining that level of spending," MacDonald explained.

What Else Are They Scared of? Russia, China Again in US Media Spotlight