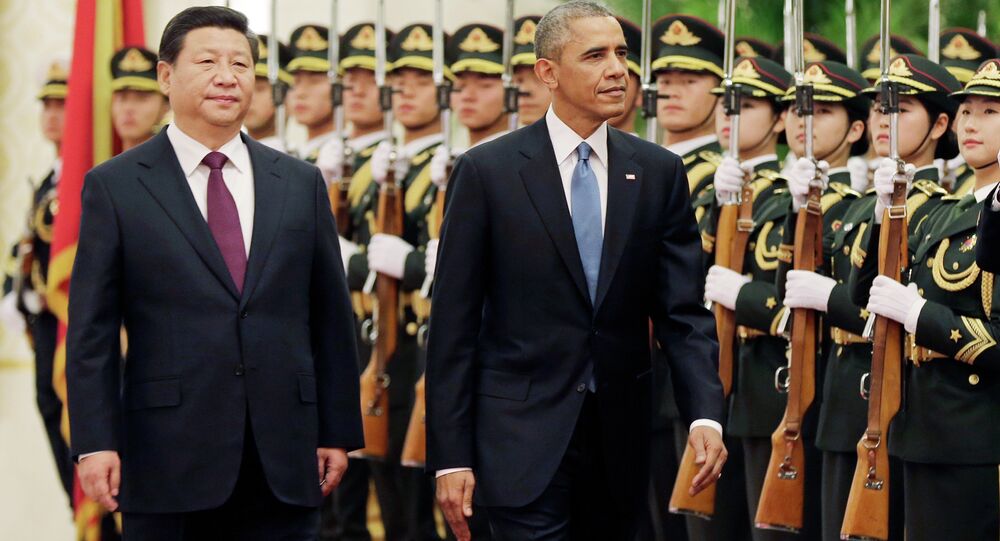 US Overestimates China's 'Threat': Beijing Not Stepping Outside Rules

American foreign policy analysts are overestimating China's "threat" while clinging on to the "deeply unrealistic" concept that the United States should maintain the global military dominance that it gained in the early 1990s, US expert Robert Farley notes.

While US policy makers and analysts are banging the drums over the so-called Chinese "threat" to America's global military dominance, Professor Robert Farley of the Patterson School of Diplomacy and International Commerce points out that the devil is not as black as he is painted.

"With respect to China's military growth, there was no universe in which China was going to begin to act like Japan, with 1 percent of GDP dedicated to defense and an isolationist foreign policy. Thus, an increase in China's military capabilities was the inevitable consequence of the growth of the Chinese economy," Professor Farley remarked in his article for The Diplomat.

© Sputnik / Vitaliy Ankov
West is Mistaken in Calling Sino-Russia Drills ‘Muscle Flexing’
The professor noted that the United States facilitated China's rapid growth after the Sino-American rapprochement of the 1970s. Washington saw Beijing as a "useful counterweight" to the USSR and India and thus far provided China with improved terms of trade, diplomatic support and even direct military assistance.

According to Professor Farley, US policy makers believed that China's substantial economic growth would lead to further liberalization of the country and potentially to the collapse of China's Communist Party (CCP).

At the very least, they deemed, integration into the US-led liberal international economic world order would make Beijing a loyal and "tame" partner of the West.

However, Washington's dreams have not been fulfilled: "[t]he CCP has stubbornly refused to collapse, and China's military and economic growth have continued apace (albeit with some recent bumps)," Professor Farley narrated.

But does China really pose a substantial threat to the US or its neighbors?

"[W]hile China's neighbors are surely correct to worry about its forays into the ESCS [the East and South China Seas], thus far the 'hard power turn' taken by Beijing has proven, by historical standards, remarkably mild. China is attempting to take the South China Sea by creating and leveraging fait accompli. That's worrisome, but as great power intimidation of the neighborhood goes, it's small potatoes. Beijing has assertively pushed and bent the rules, but it hasn't yet stepped outside of them, and it's not obvious that it intends to," the professor emphasized.

© AFP 2020 / Greg BAKER
No Happily Ever After: 'Strategic Disagreements' Divide China, US
The biggest problem is that too many American defense and foreign policy analysts are clinging to the deeply unrealistic idea that Washington "can, or could have, maintained the global military dominance that it achieved in the early 1990s," the scholar noted.

Indeed, after the collapse of the Soviet Union the United States gained the position as a global military power. But it was not sustainable over the long term, the professor elaborated.

"States which appreciate that US dominance was unsustainable, and that choose to act accordingly, are not being revisionist and aggressive; they're being realistic," Farley concluded.