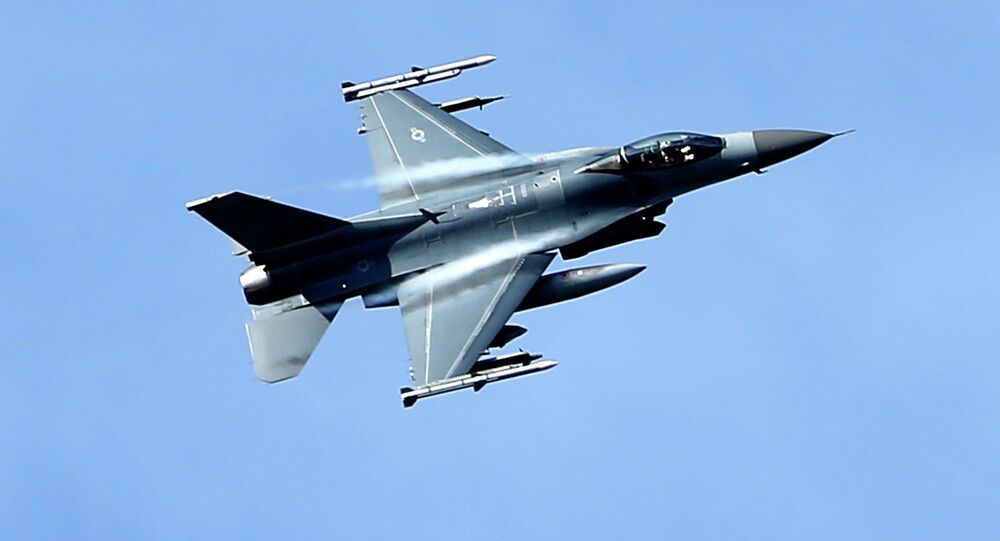 The North Atlantic Alliance could have well been inspired by the words of House Lannister in its policy with regard to Russia. The bloc's recent moves, including Washington's F-22 deployment to Germany, are an apparent show of strength, a German political analyst asserted, calling this strategy "extremely dangerous."

© Flickr / Michael Baird
The Myth of a Russian 'Threat'
It has not always been this way. NATO's strategy during the Cold War was "wiser," Horst Teltschik noted.

These days NATO is apparently all about confrontation, not dialogue with Moscow. The North Atlantic Alliance is currently engaged in the largest airborne war-games since the end of the Cold War. The bloc has recently decided to open additional command centers in the Eastern European countries and the Baltics. Earlier, in June, the US elected to preposition heavy military hardware close to Russia's borders.

These other steps contributed to the lack of trust between the two parties, according to the expert. Moreover, NATO's saber rattling, which Russia perceives as dangerous to the European security, forced Moscow to bolster its defense capabilities.

"These moves should be viewed as mutual threats. Russia is trying to intimidate NATO and vice versa," Focus magazine quoted the former national security advisor to Chancellor Helmut Kohl as saying. NATO has always been engaged in these activities, he added.

"I think this is a huge mistake," Teltschik asserted referring to NATO's stance on Russia. "Only dialogue [with Moscow] can prevent confrontation."

Although the situation appears to be grim at the moment, there is a silver lining. The war between the two parties is "impossible" since neither want the conflict to take place, the expert is convinced. Moreover, the tensions could ease in the foreseeable future, he added.

Teltschik views NATO's decision to scale back its Baltic air mission from 16 to eight aircraft as a positive sign. This is "a step in the right direction," just like the reestablishment of a direct line to Russia's military, he noted.