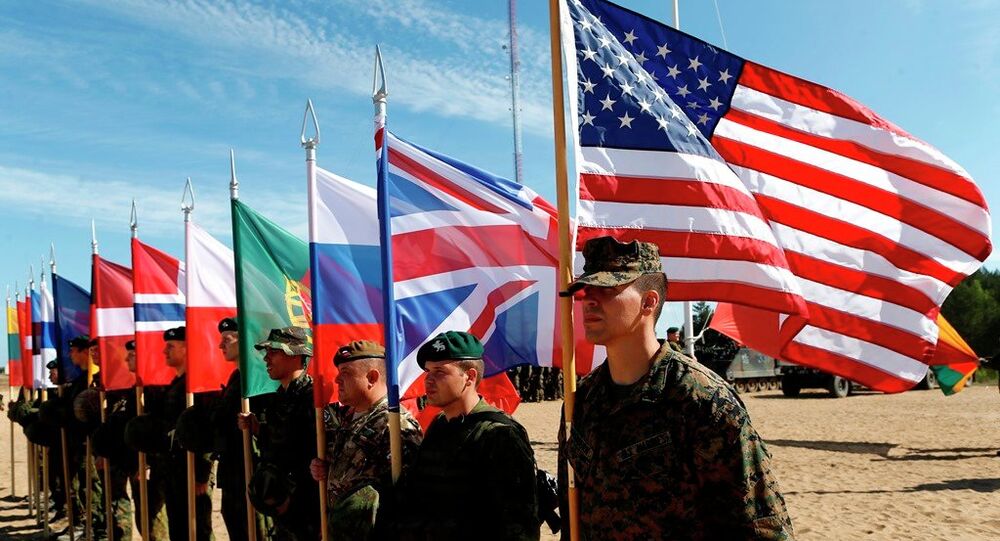 The International Peace Bureau claims that it is impossible for Europe to seek a constructive relationship with Russia while at the same time participating in NATO expansion.

© AFP 2021 / DANIEL MIHAILESCU
NATO Expands in Europe to Attack Russia - Austrian EU Exit Party
MOSCOW (Sputnik) — It is impossible for Europe to seek a constructive relationship with Russia while at the same time participating in NATO expansion, the International Peace Bureau (IPB) told Sputnik on Friday.

German Chancellor Angela Merkel said on Thursday it was too soon for the European Union to lift sanctions against Russia, but that she hoped for a "constructive" relationship with Moscow, particularly, in solving international crises like the Syria conflict.

"When you really want to accept Russia as a partner of Europe, you have to develop contacts on an equal basis that means you have to come back to the policy of common security, immediately lift sanctions and to stop the NATO enlargement to the East," Reiner Braun, who is also a member of International Association of Lawyers Against Nuclear Arms, said.

Such measures would include stopping all military training in the counties next to Russia and all missile defense systems in Europe, according to Braun.

"Without stopping militarization of Europe there is no way of getting better relation with Russia. Because you cannot put a pistol to someone’s head and say expect him to believe to you want better relations with him," he said.

Russia’s relations with the European Union deteriorated greatly amid the Ukrainian crisis. Brussels accused Moscow of meddling in Ukraine's internal affairs, and imposed several rounds of sanctions against it.

Moscow has repeatedly stressed that it is not a party to the Ukrainian conflict and that NATO’s military expansion increases tensions, threatening regional security.