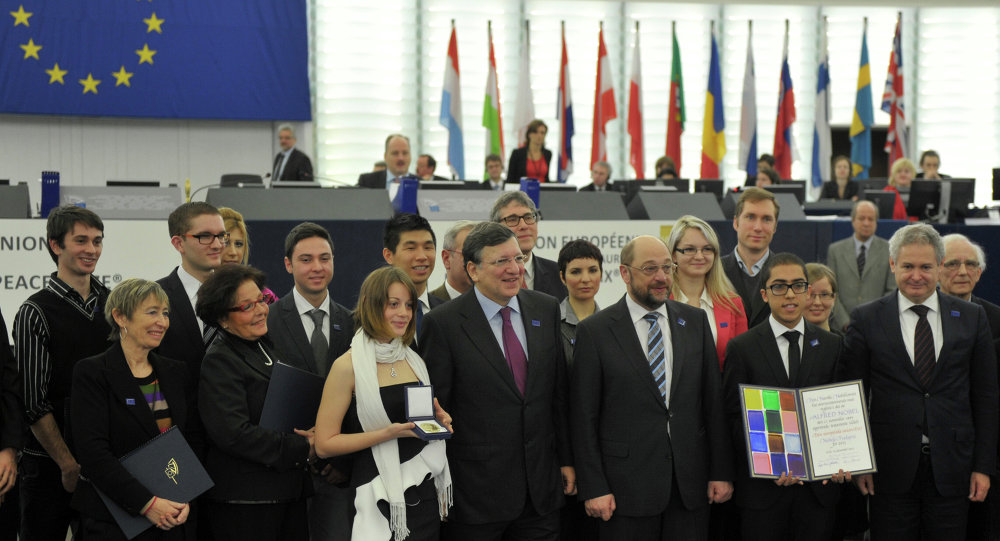 Members of Italy’s Five Star Movement (M5S) political party consider the awarding of the honor to the European Union “unjust and unfair, given the indifference shown by the European institutions in recent years to the issue of migration."

The prestigious prize was awarded to the European Union in 2012 for “over six decades [having] contributed to the advancement of peace and reconciliation, democracy and human rights in Europe," according to the Nobel Prize organization.

The M5S considers the awarding of the honor to the bloc “unjust and unfair, given the indifference shown by the European institutions in recent years to the issue of migration," a representative of the party said.

The source acknowledged that the awarding of the peace prize was motivated by the contribution the European Union had made to peace, reconciliation, democracy and human rights in Europe. However, the conflict in Ukraine, the refusal by many EU countries to accept thousands of refugees arriving to the bloc, as well as the idea of a migrant quota to redistribute migrants throughout the union, did not make Europe “a continent of peace,” the M5S representative said. 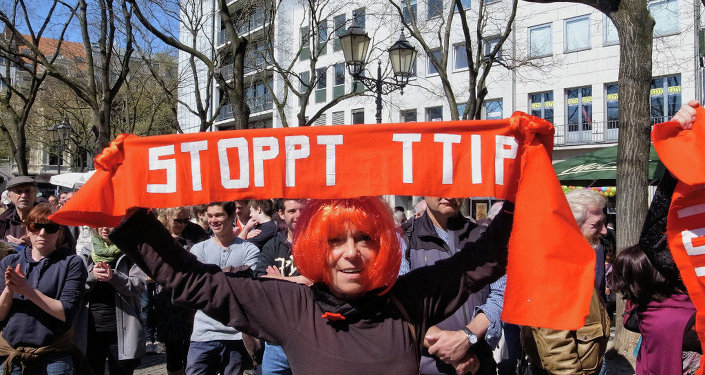 © Flickr /
Italian Lawmaker Admits Government Totally Controlled by US in TTIP Deal
The M5S party member’s comments follow a tragedy, on Wednesday, in the Strait of Sicily, where a Swedish naval vessel discovered a boat with 52 dead migrants in the hold, according to local media reports.

The M5S party, which is a major opposition party in Italy, blamed the country’s authorities for their poor handling of the crisis.

Over 255,000 asylum seekers have arrived in Europe by sea in 2015 alone, according to the most recent data from the International Organization for Migration (IOM), of which Italy has taken in about 103,000 migrants.

More than 2,300 refugees have died this year in attempts to cross the Mediterranean Sea to reach Europe, according to IOM.