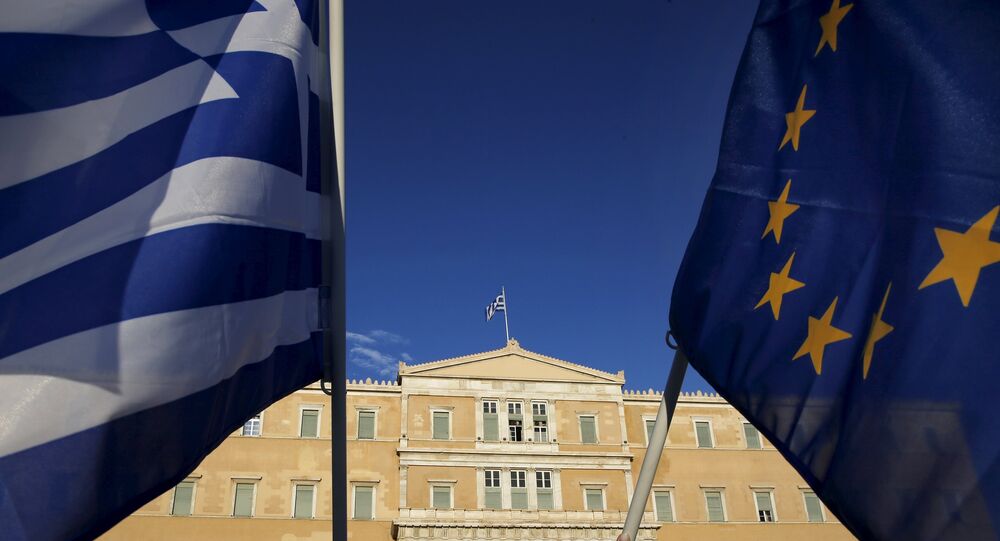 Holding early elections in Greece before implementing the recently approved third bailout package from its international creditors is premature, a spokesman for the opposition party POTAMI told Sputnik Turkey on Tuesday.

"Tsipras first should have implemented the necessary conditions according to the loan agreements and given the country’s economy an opportunity to breathe freely, before leading it to elections," Tsiodras told Sputnik Turkey.

The Eurogroup of eurozone finance ministers approved the third bailout package for Athens, worth $98.6 billion at the current exchange rate, two weeks ago. Greece is required to adopt additional austerity measures and reforms, which include tax hikes and pension cuts, in exchange for the financial lifeline.

Greece is currently experiencing a deep economic crisis, struggling to repay a multi-billion debt to its international creditors, including the European Central Bank, the International Monetary Fund and some eurozone countries.

"Syriza turns a blind eye to a number of important circumstances. It does not seem to notice the dire condition the country’s economy is in," POTAMI’s Tsiodras stressed.

The decision to hold snap nationwide elections is said to help Tsipras secure popular support for his about-face on the bailout deal with international creditors. His Syriza party swept to power in January on an anti-austerity platform.

The ruling Greek political and economic system has become obsolete and needs to be overhauled, the POTAMI opposition party said.

"The current cabinet has outlived itself, the current clientelist political and economic system needs to be revised," Dimitris Tsiordas argued.

"This led to a situation where Greece found itself isolated in Europe. Nobody came to our side at Eurogroup meetings," Tsiordas stressed.