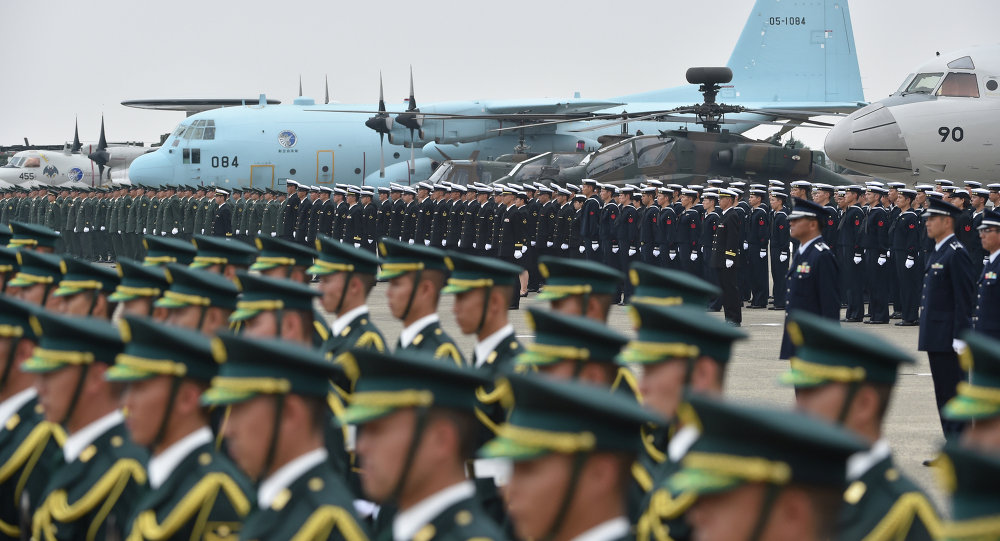 Japanese-Chinese tensions look set to continue with news that Japanese Prime Minister Shinzo Abe won’t be attending next month’s Victory Day events in Beijing amid criticism of China’s military build-up in the region. However Abe’s own push to boost Japan’s military rights has also raised questions.

© REUTERS / Toru Hanai
Japan's Abe to Skip Beijing World War II Parade
Japanese media have reported that Abe will not travel to Beijing for the events held in early September, which China commemorates as its success in the "war of resistance against Japanese aggression."

While it’s been said that Abe is staying home to oversee the passing of highly controversial security legislation through parliament, it has also been reported that the snub is a reaction to China’s perceived aggressive actions in disputed islands and territories in east Asia, which have generated a lot of criticism in Tokyo.

Abe’s determination to pass the hugely controversial and unpopular reforms has also raised questions about the plans of Japan and its allies’ in the region, amid suggestions of hypocrisy from Tokyo.

Japan’s upper house of parliament is discussing a number of bills that would dramatically change and expand the roles of the country’s military, allowing Japan’s defense forces to fight in overseas conflicts for the first time since World War II. 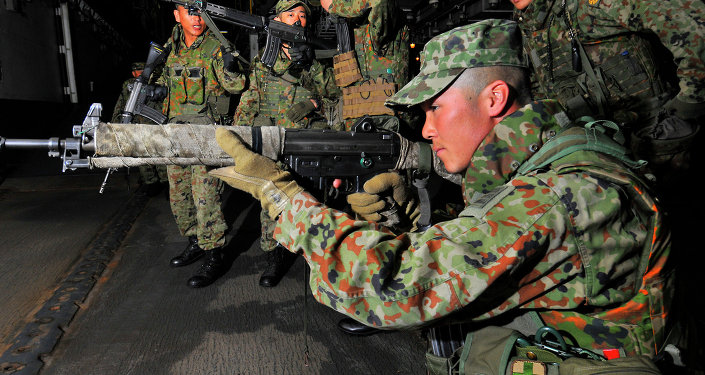 Activists, politicians and survivors from Japan’s atom bomb tragedies in Hiroshima and Nagasaki also used this month’s 70th anniversary of the attacks to criticize the security reforms.

86-year-old bombing survivor Sumiteru Taniguchi spoke at a ceremony to commemorate the Nagasaki bombing, saying that the reforms undermined the wishes of bombing survivors.

"We cannot accept this. The security bills which the government is trying to push through would jeopardize our long-time movement for nuclear abolition and hopes of hibakusha (atom-bomb survivors)."

"After the war, the Constitution was enacted in which Japan promised to the world that it would never wage war or take up weapons again. However, the government is about to bring Japan back to the wartime period," he said.

Concerns Japan May be Drawn Into Conflict

There are fears that if the bills are passed through the upper house and enacted into law, then Japan may be drawn into overseas conflicts with allies such as the US.

© AP Photo / Michael O'Donnabhain
Forget Pacifism! Japan Reestablishes Fearsome Foreign Intelligence Service
These developments come amid America’s push to re-establish influence in Asia, with Washington concerned about the growing threat of what it perceives to be Chinese aggression in the region.

And while there has been criticism of China from abroad about the manner in which it has handles disputes over various islands, there is also growing concern about the Japanese response, with fears it will lead to a further escalation of tensions in Asia.

Representatives from a number of countries, including Russia, are expected to attend China’s Victory Day commemorations, while other Western leaders from the US and UK are expected to join Japan in shunning the event.