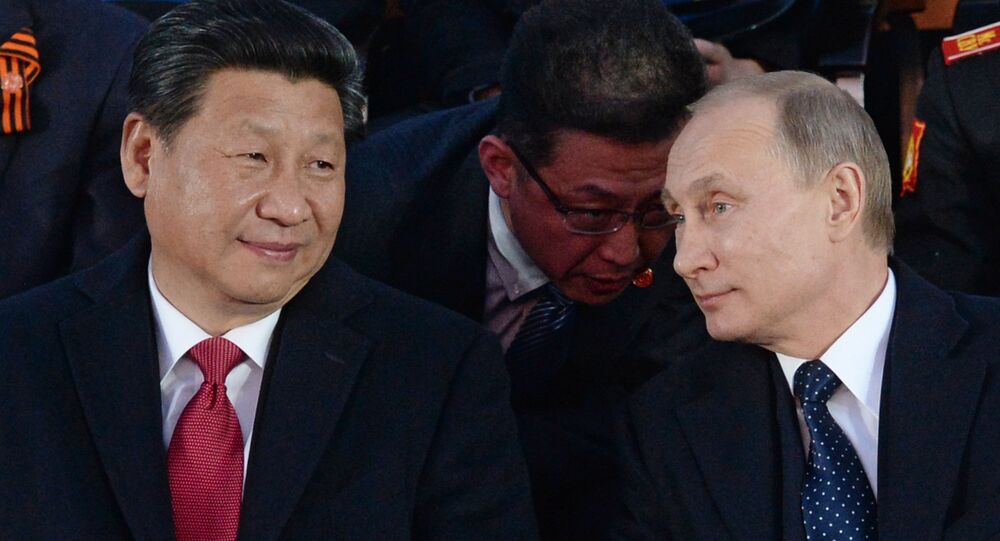 It is hard to say what US leadership was exactly thinking when it decided to improperly impose sanctions on Moscow, but Russia's consequent pivot to Asia and its blooming partnership with Beijing have had major negative implications for the US power globally.

"Sino-Russian relations are closer than they have been at any time in the past fifty years, giving them the chance to reshape the global order to their liking," Mathew Burrows and Robert A. Manning wrote for the National Interest.

Gone are the times when Richard Nixon and Henry Kissinger managed to drive a wedge between Russia and China. At the moment both countries appear to be natural born allies, reaping the fruits of cooperation, facing similar challenges and interested in finding mutually beneficial solutions under the framework of a multipolar world.

© AFP 2020 / POOL / SERGEI ILNITSKY
Eurasian Counter Gambit: Sino-Russian Alliance 'Acting as Magnet for Rest of the World'
Russia's "long-term energy future lies in Asia, and nearly half a trillion dollars in gas and oil deals with China will bolster a sagging Russian economy. China gains a valuable partner – instead of a rival – for stabilizing and modernizing Eurasia, which China increasingly sees not as a backwater, but its economic future. China's new 'One Road, One Belt' pivot west to Eurasia seeks to turn its vulnerability – a border with fourteen nations – into a strategic asset," the analysts noted.

The successful partnership between Russia and China is bound to attract attention of other Eurasian countries, as well as in Africa and Latin America.

"Yes, there's a new Great Game afoot, but we're being seriously outplayed," Burrows and Manning observed in an article titled "America's Worst Nightmare: Russia and China Are Getting Closer."

Lavrov: World's Fate Can't be Defined by One State