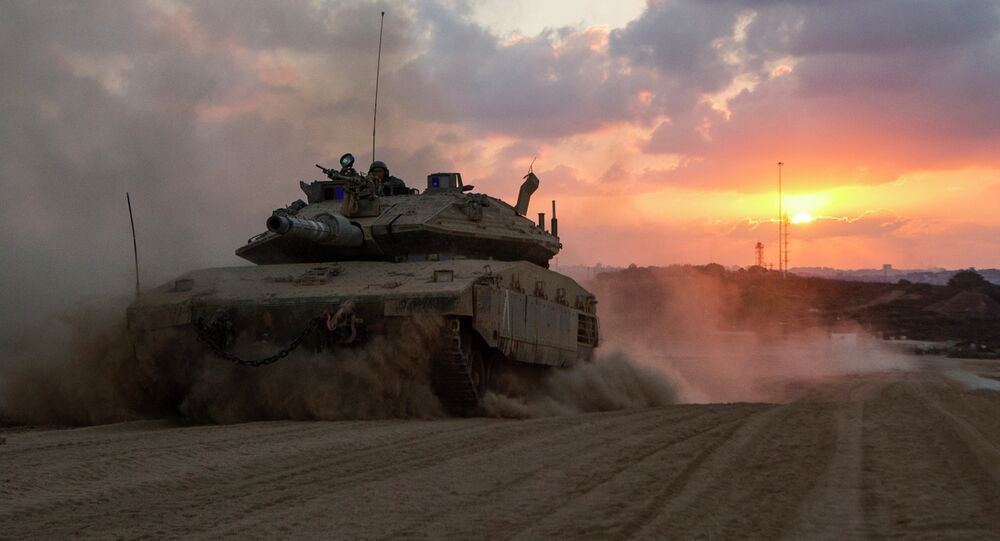 On Friday, the Syrian Arab News Agency (SANA) reported that Israeli warplanes bombed a military post near Quneitra in Syrian controlled Golan killing one soldier and injuring eight others.

The attack was perhaps the biggest since the 1967 Six Day War. “Is it a possible prelude to a US/Israeli/Turkish full-scale war on Assad?” US journalist Stephen Lendman speculated in his article for the website Global Research.

© Flickr / Israel Defense Forces
Israel Asks US to Expand Joint Air Defense Drills
Israel’s campaign to undermine the Iran nuclear deal will serve as a step towards eradicating its two main regional competitors. In order to achieve that, Israel fabricates accusations only morons or liars would accept, the journalist continued.

As the journalist pointed out, Iran and Syria didn’t attack Israeli territory – not now or earlier. He also mentioned that the countries will not do so except in self-defense.

But to make matters tenser, US President Barack Obama told congressional Democrats he’ll continue economic pressure on Iran, maintain the military option, and increase missile defense and other aid for Israel if the nuclear deal is approved next month.

As the time for foreign investors to do business with Iran is ripe, Israel is going out of the way to keep Iran isolated.

Lendman stressed that Israel is going to come up with more baseless accusations to isolate Iran. Netanyahu is trying everything possible to block the nuclear deal, as well as maintain pressure against Western investment and trade.