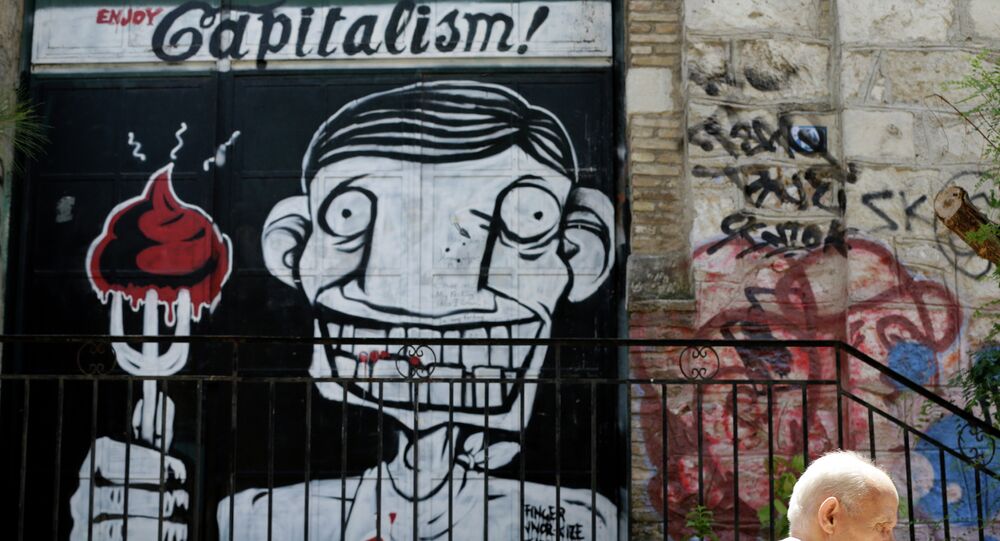 Newly-formed left-wing Popular Unity party, which is set up by 25 dissident Syriza members, will defend the original Syriza platform, which has gone "through a total mutation in the last months," the party's spokesman told Sputnik earlier.

“We do not belong to a dogmatic world, where only one solution is found… We did have a lot of options, but none of the options were pursued,” Kostas Isychos said.

Some of such options include developing multilateral and bilateral relations with BRICS member state — Brazil, Russia, India, China and South Africa – and revising Greece’s relationship within the European Union and the Eurozone, the spokesman said, adding that the third bailout could be abolished.

© Flickr / Carole Raddato
Syriza Split: Is there an Anti-Left Agenda Behind Greece's Snap Election?
Popular Unity party is ready to form a coalition with political forces that aim to overturn the third bailout package negotiated by Athens and its international creditors, the party spokesman noted.

“We will work with any forces that have credibility among the people and want to abolish the third package which has been imposed on the Greek people,” Kostas Isychos said adding that the third package includes “near colonial policies.”

“It is not just a question of following economic rules and harsh policies, but also to give up a great part of sovereignty, which has already been given to our creditors,” the spokesman said.

The Popular Unity party set up by 25 dissident Syriza members will take part in a snap parliamentary election expected to be held in Greece by the end of September.

© AP Photo / Emilio Morenatti
After the Bailout: The Spoils of Greece Are Bound for Germany
Greek Prime Minister Alexis Tsipras, who has been facing dissent in his anti-austerity Syriza party over the past weeks, resigned on Thursday to open the possibility of early general elections in a bid to secure support for his stand on the new bailout agreement with the country's creditors.

On August 14, the Eurogroup approved the third bailout package for Athens, worth 86-billion-euro ($95-billion), in exchange for more austerity reforms that include tax increases and pension cuts.