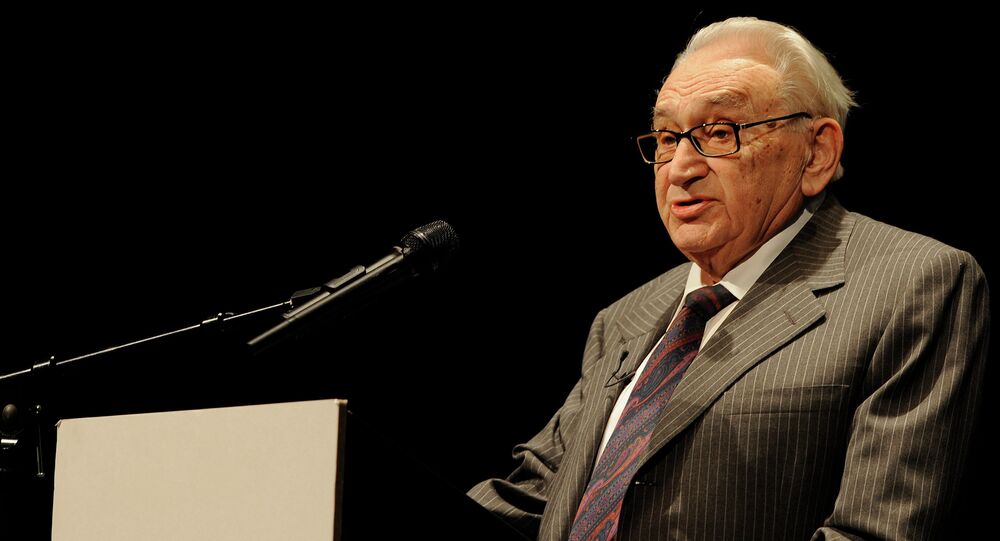 Peace and stability in Ukraine is impossible without Russia, Egon Bahr, a prominent German politician who helped to pave the way for German reunification, said during his last interview before his death a couple of days ago, German newspaper Bild reported.

The renowned German politician said concerns that the issue of Crimea and the Ukrainian Civil War in Donbass would cause a major confrontation between the West and Russia are groundless.

"Stability and peace in Ukraine are only possible with cooperation with Russia, not confrontation," Bahr said during his last speech.

Washington and Moscow remain the main actors in international politics, as they were during the times of Cold War. To this day, no political issue can be effectively solved without the role of the United States and Russia, Bahr said.

© AP Photo / Carlos Barria
US, Russia to Hold Video Conference on Ukraine Crisis - Kerry
According to the deceased German politician, Europe, Germany and especially Crimea are not worth Washington and Moscow waging a war over.

Bahr also said that Germany should have unilaterally cancelled anti-Russian sanctions. It would have been better not only for the national interests of Germany, but also for Europe as a whole.

Bahr was widely known as the architect of Ostpolitik, West Germany's Cold War policy of rapprochement with the USSR that reduced East-West tensions.