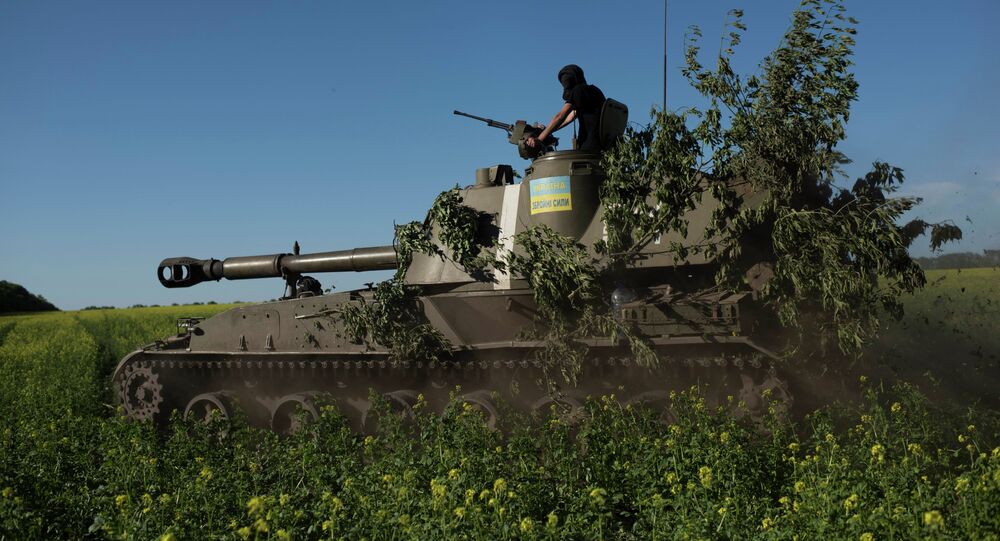 Kiev authorities have never really complied with the Minsk II agreements: what they have tried to do is to "keep Ukraine in the state of war" in order not to grant special status to the Donbass region, German online magazine Telepolis asserted.

© Sputnik / Mikhail Palinchak
Merkel, Hollande to Knock Some Sense Into Poroshenko in Berlin – Analyst
But Kiev does not seem to be willing to go there. Instead the post-coup leadership in Ukraine, according to the media outlet, is trying to provoke the self-defense forces in the Donbass region while continuing to blame Russia for Ukraine's tribulations.

Some experts say that Germany and France have already realized that despite Kiev's rhetoric it is not truly committed to the Minsk peace process, thus perpetuating the deadly civil war in the country.

If this is the case, German Chancellor Merkel and French President Hollande could use the upcoming meeting with Ukrainian President Petro Poroshenko to pressure him into fulfilling Kiev's obligations under the Minsk deal.

"It is necessary in our view to mount additional pressure on Kiev to convince them that they have to implement the agreements and obligations agreed in Minsk," Lavrov stated. "We expect that on August 24…. Germany and France, who are the guarantors of the implementation of the Minsk agreement, will do everything to ensure it is carried out in full," he added.

Living up to the image is another reason for the leaders of the two European members of the Normandy group to use the opportunity to talk some sense into Poroshenko.

"Merkel and Hollande could make every effort to avoid embarrassment since they are closely associated with the Minsk deal," Telepolis noted.

Time will tell whether the trilateral meeting could yield some positive results but Teleopolis is in doubt. The German media outlet voiced concern that neither Kiev, nor the self-defense forces are currently interested in reaching a lasting agreement.