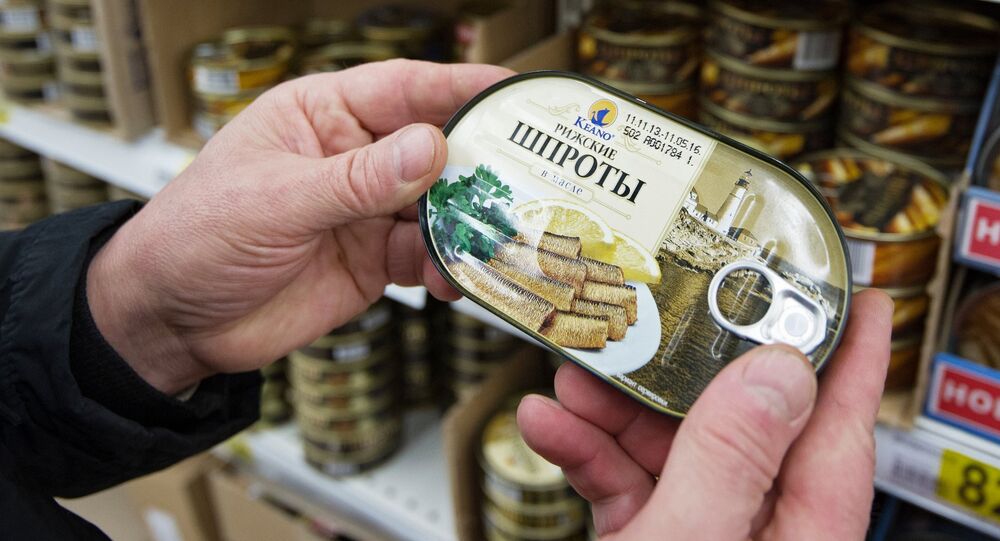 Reporting on Losses From Sanctions is 'Anti-Latvian Propaganda' – Official

In an interview for Baltic news website Delfi, Latvian Foreign Minister Edgars Rinkēvičs brushed off criticism over his ministry's 'tough stance' on Russia, noting that he considers media reporting on the disastrous effects of the sanctions war on Latvian businessmen and farmers to be part of an information war.

© AFP 2021 / JOHN MACDOUGALL
European Dairy Industry in Crisis Due to Russian Food Embargo
With Latvian farmers and fishermen facing hundreds of millions of euros in losses, and the Riga port facing the prospect of losing its status as a transit hub with Russia, Delfi asked Foreign Minister Rinkēvičs whether he felt "at least partly responsible for what is happening," given that the country's economic crisis was "a direct confirmation that the foreign policy course oriented toward the complete isolation of Russia is not beneficial for Latvia."

Rinkēvičs retorted, noting that "we have heard this type of scaremongering for more than a year now –that 'Latvia would suffer the most from the sanctions', that 'GDP would fall by 20 percent,' that losses would 'run in the billions.' But the statistics and economic indicators completely refute this conjecture. Therefore, I consider such reports in the media to be informational propaganda, whose purpose is to shake Latvia's principled position."

Last month, the Austrian Institute of Economic Research projected that Latvia would suffer a 1.87 percent hit to GDP (€390 million) and 25,000 lost jobs (2.81 percent of total employment) as a result of the sanctions war between the West and Russia.

© Sputnik / Vladimir Sergeev
Austrian Institute Clarifies True Costs of the EU's Anti-Russian Sanctions
Earlier, Latvia's minister of agriculture announced that many dairy farmers are on the verge of destroying their livestock and liquidating their farms, adding in a separate statement that the country's fishing industry could sustain losses of up to $225 million in lost exports due to the temporary closure of the Russian market. Responding to the gloomy prospects now faced by Latvian businessmen, fishermen and farmers, Rinkēvičs patronizingly suggested that entrepreneurs "must understand that working with only one [export] partner is not secure in the long term," adding that his ministry is not to blame, since "the problems began not because of 'Latvia's bad foreign policy,' but because of the events that occurred last year in Ukraine."

With Rinkēvičs arguing that "Russia too has very seriously suffered from the sanctions," Delfi noted that "the idea that 'things are worse in Russia' will hardly warm the hearts of Jürmala businessmen counting their losses this season."

The State's Interests Separate From Those of Society?

© AP Photo / Czarek Sokolowski
Baltic States Promote Anti-Russia Sentiment in Europe – Latvian Lawmaker
Asked whether he considers the Latvian state's interests to be more important than those of society, Rinkēvičs noted that he does "not separate state interests from the public interest," adding that "one cannot look at the situation only from an economic point of view."

The official explained that "we have to think in a broader context," suggesting that "if Russia violates international treaties of the UN and the OSCE, it may violate any agreements in the economic sphere in the same way. Of course no one imposes sanctions simply from a good life. The purpose [of the sanctions] is to ensure a political settlement in Donbass. Without sanctions, we would not be able to come to the signing of the Minsk agreements."

Furthermore, Rinkēvičs suggested that sanctions can be viewed as a matter of national security. "For those who are now saying 'let's forget everything and begin to trade', I want to remind you that this issue directly concerns the security of Latvia. If we are to agree to the violation of one territorial agreement, where are the guarantees that Russia will not attempt to use these tactics in relation to the Baltic states?"

It is worth noting that Russia was credited with taking a key role in the initiation and drawing up the Minsk Protocol via the Trilateral Contact Group on Ukraine back in the summer of 2014, in an effort to stop the civil war in Ukraine's east, which began when Kiev launched its 'anti-terrorist operation' against independence and autonomy supporters back in April 2014.

'Even Under Most Optimistic Scenario', Relations Between Russia and EU Cannot Be Restored to Pre-Crisis Levels

© Sputnik / Aleksei Kudenko
Latvia Negotiating With US on Deployment of Heavy Military Equipment
Asked by Delfi what it will take for relations between the EU and Russia to be revived to pre-Ukrainian crisis levels, Rinkēvičs noted that he does "not believe, even under the most optimistic scenario, that relations [between the EU and Russia] could be restored to the format which existed a few years ago." Rinkēvičs attributed this to the events of March 2014, when Crimea held a referendum to break off from Ukraine and to join Russia amid the events of the Maidan coup in Kiev, which he called an "illegal annexation." The minister suggested that the future of Russia-EU relations will depend "on the fulfilment of the Minsk Agreement…If the agreements are not fulfilled, then of course, any more optimistic scenarios will be out of the question."

As to the continuing problems Latvia faces with its 'non-citizens' –a group of over 262,000 residents of Latvia, most of them ethnic Russians, Ukrainians and Belarusians, who do not have Latvian citizenship, and who have been issued a 'non-citizen passport', Rinkēvičs noted that "these questions are in the competency of other ministries." The minister suggested that in many cases, the non-citizens themselves are to blame for their status, which deprives them of the right to vote, to hold certain positions in civil service and government, and limits their pension rights.

"A lot of research has been done, and a large percentage of non-citizens say that the do not want to undergo the process of naturalization, since with a non-citizen passport, they can freely travel within the European Union, and to Russia," Rinkēvičs said. "We could do everything in our power, and these people still won't apply for citizenship," he added. For its part, the United Nations has repeatedly described the Latvian government's position on 'non-citizens' as discriminatory and xenophobic.

European Dairy Industry in Crisis Due to Russian Food Embargo