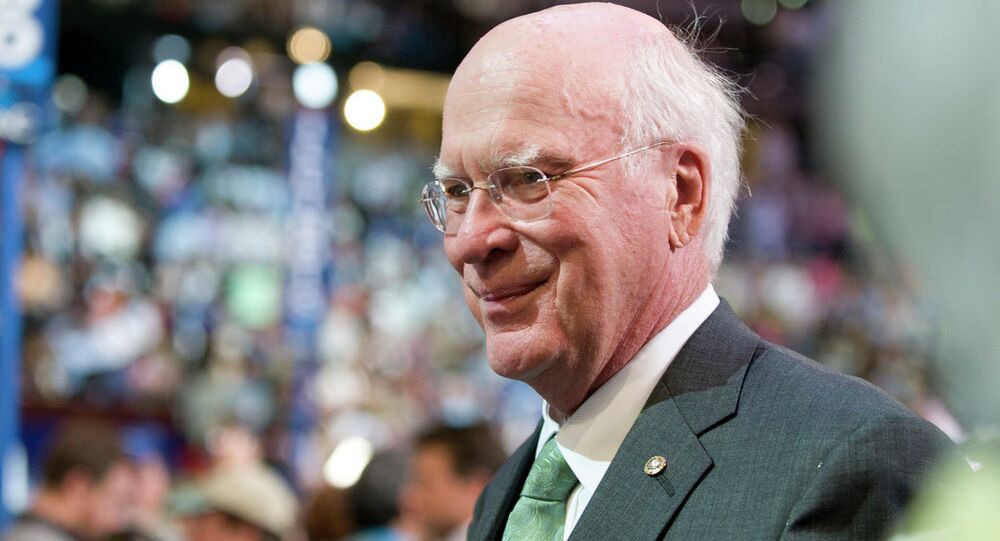 US Should Have Closed Guantanamo Prison ‘Years Ago’ - Senator Leahy

US Senator Patrick Leahy claims that the United States should have shut down the Guantanamo Bay detention center in Cuba long ago.

HAVANA (Sputnik) —The United States should have shut down the Guantanamo Bay detention center in Cuba long ago, US Senator Patrick Leahy told Sputnik on Friday.

"Guantanamo should have been closed years ago," Leahy said of the US prison facility in Cuba.

Leahy explained that a "group of some very conservative members of Congress" have so far blocked US President Barack Obama from fully shuttering the prison despite his 2008 campaign promise to close the facility.

© AFP 2021 / MLADEN ANTONOV
US Should Give Guantanamo Bay Back to Cuba - Congressman
In the course of the renewed diplomatic relations between the US and Cuban governments, the US Navy base and prisoner detention center at Guantanamo Bay has been a contested issue.

In recent months, the Cuban government has repeatedly called on the United States to close the facility.

Leahy, who has fought for normalized US-Cuban relations for twenty years, travelled to Cuba on Friday as part of the US delegation celebrating the restoration of diplomatic ties between the two countries.

He noted that the Guantanamo issue should not be used as an obstacle to full normalization of relations.

"With our embassies open, with diplomatic relations, you are going to see a lot of these obstacles start to disappear," Leahy said.

Since taking office in 2009, Obama has released or transferred more than half of the prisoners at the Guantanamo facility. According to the Congressional Research Service, there are still 112 prisoners left in the detention center.

‘Off the Table’: Kerry Rules Out US Return of Guantanamo Bay to Cuba