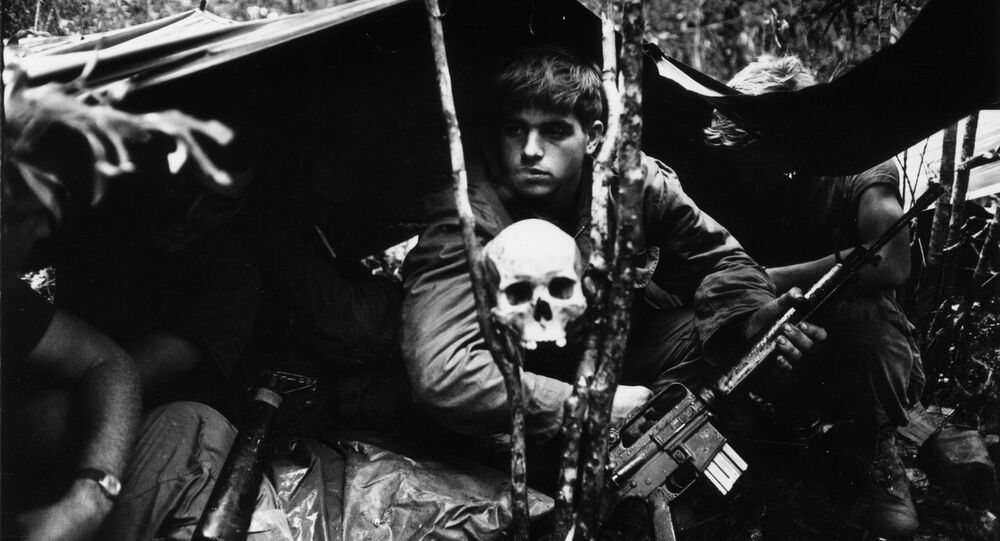 Since 9/11 the United States has engaged in an endless war across the Middle East and North Africa, launching an unending string of raids, kidnappings, acts of torture, and drone assassination programs; surprisingly, most Americans turn a blind eye to what is happening on the other side of the planet, US author and a creator of the Tomdispatch.com website Tom Engelhardt notes.

"In 2015, the spectacle of slaughter is still with us. These days, however, few Americans have that sense that it might be happening right down the street.  War is no longer a part of our collective lives.  It's been professionalized and outsourced," Engelhardt pointed out.

© Photo : Public domain
Moscow to Discuss Creating Tribunal on US War Crimes in Vietnam at OSCE PA
The author referred to the period of the Vietnam War that sparked a nation-wide protest in the US against the American military aggression. The movement started in the early 1960s and had been growing steadily over the years. In 1967 a Gallup Poll survey indicated that an overwhelming majority of Americans considered US military involvement in Vietnam a mistake.

"In this age in which Americans have been demobilized from the wars fought in our name, who recalls how many people took to the streets in those Vietnam years, or how much the actions of our government were passionately debated from Congress to kitchens, or how deeply plagued and unnerved two American presidents were by the uproar and fuss?" the author asked rhetorically.

© REUTERS / Shigeo Hayashi/Hiroshima Peace Memorial Museum
Should the US Apologize for Hiroshima and Nagasaki?
He emphasized that a generation of Americans raised "in the Golden Fifties" believed that the US system was created for and by the people of the United States and that it was the obligation of the citizens to fix it if it did not work properly. They also believed that in a democratic country a protest works.

But what has happened to Americans today and why has a US antiwar movement vanished without a trace?

After the 9/11 apocalyptic-looking attacks the Bush administration launched a war against Iraq, accompanied by a large-scale propaganda campaign. Although there were prewar protests in the United States preceding the invasion of the Middle Eastern country, very soon an antiwar movement began to fade and crumble.

"In other words, amid all the military failures of this era, there was a single hardly mentioned but striking victory: no antiwar movement of any significance proved to have staying power in this country… In some sense, most of us accepted our newly assigned role as a surveilled and protected populace whose order of the day was don't get involved," Engelhardt underscored.

© Sputnik / Stringer
Endless War: US Training New 'Monsters' in Ukraine
Meanwhile, US overseas military campaigns and drone attacks that result in the death of tens of thousands of peaceful civilians including women and children remain largely unnoticed by Americans. Without an antiwar movement it looks like nothing has happened.

"In the badlands and backlands of the planet, however, the spectacle of slaughter never ends, even if the only Americans watching are sometimes unnerved drone video analysts.  Could there be a sadder tale of a demobilized citizenry than that?" Engelhardt concluded.

'Where to Invade Next': Michael Moore Unveils Film on US' Infinite War