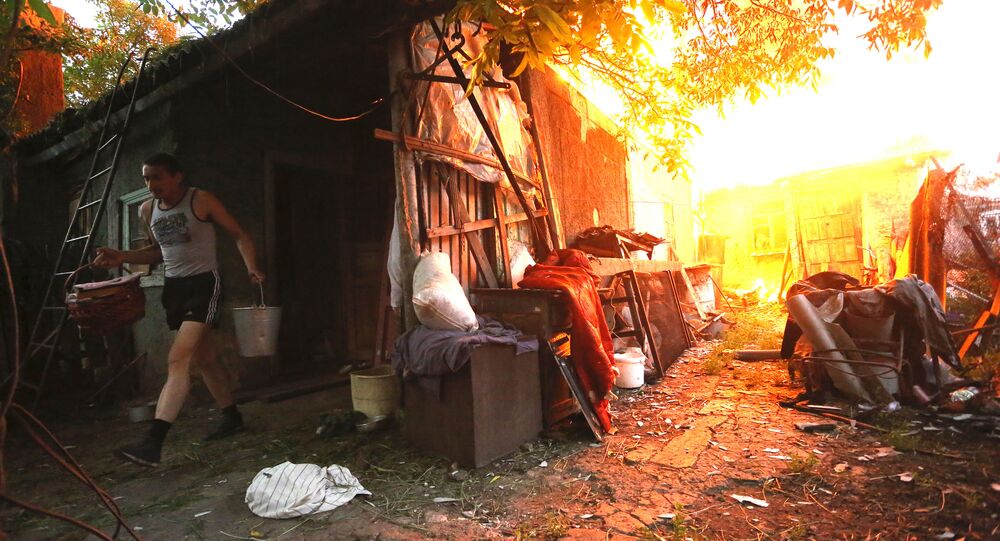 The Ukrainian crisis was sparked from the outside to destroy the ties that bind Russian speaking people by pitting brothers against brothers, a Polish online political science journal stated, adding that this tactic looks exactly like the one Europeans used to conquer the New World.

Why would one need to come up with a new approach if an old trick works just fine?

"There is no real reason for a brother to shoot a brother in the Russian world. The reason has maliciously been introduced from the outside through deceit and against the rules of the Russian world," Obserwator Polityczny asserted.

The Polish publication maintains that the strategy is implemented by the current Kiev authorities and the outsiders they hired. They allegedly act in the service of "their masters and sponsors" and aim for war.

© Sputnik / Evgeniya Novozhenova
'Russia Has Done More for Peace' in Post-Soviet States Than Anyone Else
Those who support the strategy devised by the West are wrong if they hope for a better life: "in the end the colonizers will turn everyone into slaves," the publication warned.

Nevertheless, the majority of Ukrainians value their ties to Russia, according to Obserwator Polityczny. They are not falling for the propaganda lies spread by current authorities, which "try to convince their people that [other Russian speakers] are their enemies."

The media outlet compared the Ukrainian crisis to a situation when the "sick left arm tries to detach itself from the body. It has broken its fingers, cut itself, peeled off its skin and inflicted various injuries."

US Ready to Destroy Europe to Defeat Russia - American Historian