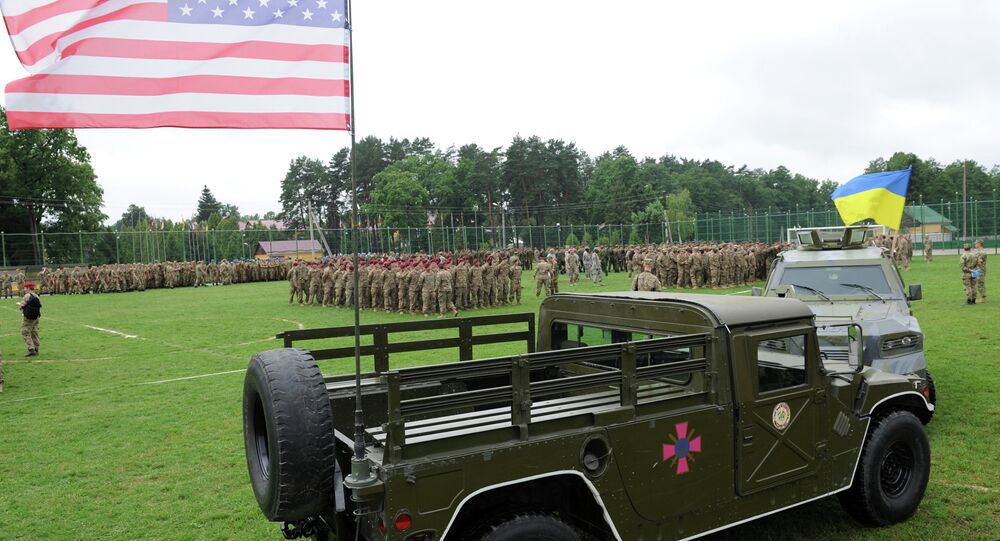 This plan was part of a larger strategy to encircle Russia but Moscow prevented this from happening, the expert explained. "The US wants to put a thorn in Russia's side," he added.

"It seems crazy to spark a conflict in Ukraine at a time when numerous conflicts occur in the world," Di Rienzo noted. "Lately, US policies look rather foolish," he said.

In this regard, signing a comprehensive deal with Iran over its nuclear program was a remarkable achievement, made possible due to cooperation between Washington and Moscow, Di Rienzo asserted.

Although Barack Obama praised Russia's role in averting the Iranian crisis, Washington is still unwilling "to foster a comprehensive partnership with Russia in other areas," the analyst pointed out, adding this is puzzling.

© AFP 2021 / DANIEL MIHAILESCU
US-Russia Standoff: Washington Wants 'Open Conflict or Cold War'
The United States, according to Di Rienzo, refuses to understand that the world has become multipolar and wants to remain the only center of power. Incidentally, this trend lies at the heart of the Ukrainian crisis.

"History has shown that those, who try to establish a unipolar world, cause disasters," he told Sputnik.

Di Rienzo also spoke about anti-Russian sanctions and the damage they've done to the Italian economy since the country decided to submit to the will of the United States and the European Union.

"Russia certainly wants our products, but if we do not trade with them, Moscow will find other suppliers," the expert noted.

Anti-Russia Sanctions Imposed Against Will of Most European Countries