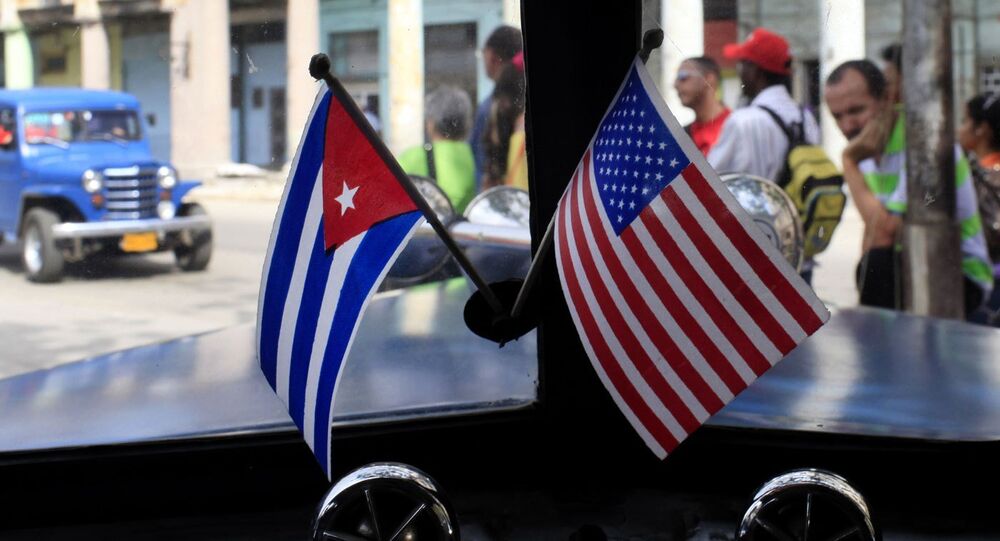 Cubans are looking forward to the historic day of the US embassy reopening ceremony in Havana on Friday.

HAVANA (Sputnik) — Cubans have embraced Washington’s policy change toward their country and are looking forward to the historic day of the US embassy reopening ceremony in Havana on Friday, Havana’s residents told Sputnik.

“The process of normalization of relations between Washington and Havana is a positive move, and beneficial for both Cuba and the United States,” Rigoberto Perez, an employee at the local hotel, told Sputnik on Thursday.

Perez added that the reopening of the embassies means a lot to Cubans.

“We have families in both countries. We [Cubans] always wanted to have a good relationship with the United States. The opening of the embassies is very good for our relations. Friday’s US embassy flag-raising is a long-awaited event,” he said.

Rafael Batista, a 60-year-old resident of Havana, told Sputnik that Cubans always wanted to have open and friendly relations with the United States and are happy that this process has started.

“We should have good relations. We are very close to each other, and have families and friends living both in Cuba and the United States. It will also be good for our economies, trade. We are happy that the diplomatic relations are being restored,” Batista said.

He added that the process might be difficult and lengthy, but stressed that he hopes to visit America soon for the first time in his life.

© Flickr / Las Razones de Cuba
On His Birthday, Fidel Castro Wants US to Repay Cuba the Millions it Owes
When asked what they feel about Kerry’s upcoming visit and flag-raising event, both Batista and Perez said, “We are happy.”

On Friday, US Secretary of State John Kerry will preside over the flag-raising ceremony at the reopened US embassy in Havana.

Kerry’s visit will mark the first official visit made by US secretary of state to Cuba in past 60 years.

The United States and Cuba officially reestablished full diplomatic ties on July 20 by reopening embassies in the countries’ capitals after 54 years of hostility. The US Department of State then rose the official Cuban flag in its headquarters in Washington, DC, and the Cuban embassy held the official reopening ceremony.