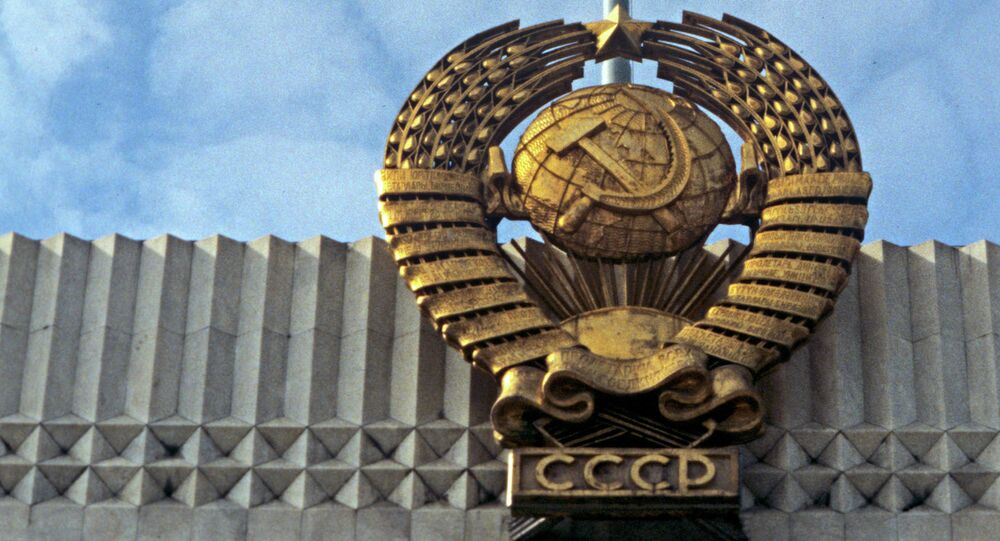 Editor of the diaries of the leading Cold War US diplomat George Kennan, Frank Costigliola says the 1959 US Captive Nations Resolution was meant to antagonize the Soviet Union and has no bearing on United States policy.

WASHINGTON (Sputnik), Leandra Bernstein — The 1959 US Captive Nations Resolution was meant to antagonize the Soviet Union and has no bearing on United States policy, editor of the diaries of the leading Cold War US diplomat George Kennan, Frank Costigliola, told Sputnik.

“Kennan regarded the Captive Nations Resolution as waving a red flag in front of a bull, the Soviet Union,” Costigliola said on Monday. “It would upset them and it would not accomplish anything.”

In 1959, the US Senate introduced a resolution calling on the President to designate the third week of July “Captive Nations Week,” to honor of the nations in Europe and Asia under communist rule. The resolution has described the region of eastern Ukraine as an independent nation under Soviet captivity.

One nation described in the resolution, Cossackia, is a piece of land that encompasses the territory now claimed by the People’s Republics of Donetsk and Lugansk.

© REUTERS / Grigory Dukor
West Began Grabbing Geopolitical Territory After Fall of USSR - Putin
Costigliola described the Captive Nations Resolution as “just words” and “a gesture” by the US Congress “that had no teeth.”

He noted that the resolution does not reach the significance of a formal recognition of the listed countries by the State Department. A decision to recognize the People’s Republics of Donetsk and Lughansk “is a huge, huge step beyond the passage of this Captive Nations Resolution,” Costigliola argued.

Moreover, the State Department could not have acted on the Captive Nations Resolution, Costigliola explained, because “many of the countries never existed” as listed on the original 1959 resolution.

Among the nations listed in the 1959 resolution are Cossackia, Idel-Ural, North Caucasia, the Far Eastern Republic and others.

Former leading US career diplomat and opponent of the Cold War, George Kennan, viewed the resolution as “an insult that had no positive consequences,” Costigliola noted.

In his estimation, however, it is unclear why the resolution continues to be signed by US presidents nearly 25 years after the end of the Cold War.

In his July 17, 2015, proclamation of Captive Nations Week, Obama reaffirmed that despite the end of the Cold War, the US continues to reaffirm its commitment to democracy, security and self-determination.