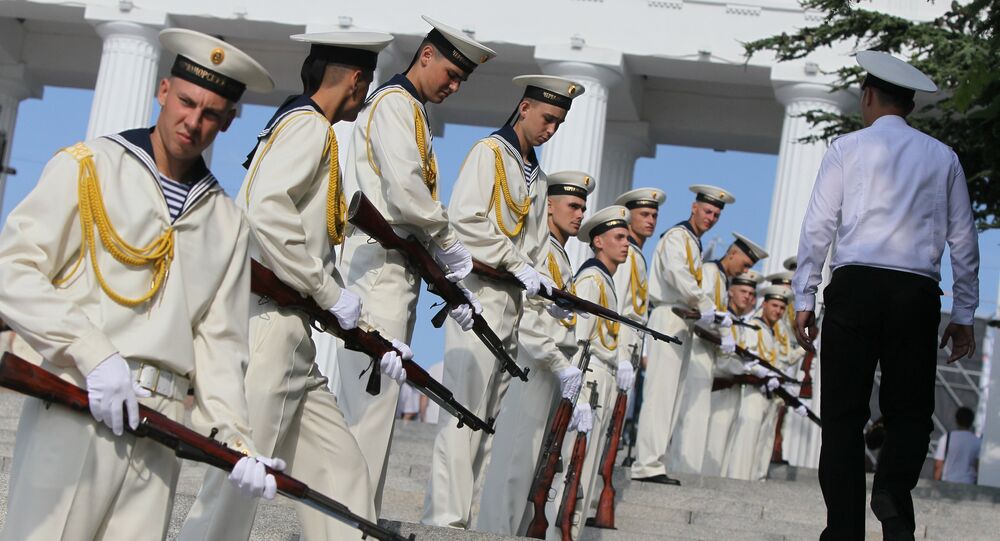 The anti-Russian sanctions Washington and its allies launched over a year ago have apparently failed to reach their goal; however, rather than normalizing relations with Moscow, the US foreign policy magazine Foreign Affairs suggests that the US must take aggressive new steps against Russia.

Foreign Affairs, a US journal of international relations and US foreign policy, which is published by the Council on Foreign Relations, sees no way for US-Russia relations to return to normal.

© AFP 2021 / DANIEL MIHAILESCU
US-Russia Standoff: Washington Wants 'Open Conflict or Cold War'
The Council on Foreign Relations' membership roster serves as a veritable who's who of Wall Street and Washington insiders; its membership has included more than a dozen Secretaries of State as well as CIA directors, defense industry executives and CEOs of multinational corporations but is restricted to US citizens.

Let’s have a look at what the latest edition of their policy journal has in mind for Russia.

Sanctions Not a Success? Bring On More Sanctions!

While lamenting that the current US anti-Russia sanctions have not been a success, it put forth additional ways of pressuring Moscow.

Even though acknowledging that anti-Russian sanctions failed, the outlet suggests similar, additional measures, albeit with more precise targeting.

© AFP 2021 / JEWEL SAMAD
Hybrid Wars: US Gov't, Wall Street Moguls Playing Dirty to Come Out on Top
The magazine is convinced that even though “ordinary Russians” don’t mind paying the price of sanctions, “it is hard to believe that the Russian elite will bear such burdens willingly.”

Thus it suggests that “the first round of sanctions targeted not whole sectors of the Russian economy but key individuals responsible for the annexation of Crimea and incursion into Ukraine, blocking their ability to travel abroad and freezing their assets.”

“Many more names could be added to the lists — every parliamentarian who voted for the annexation of Crimea, for example — and the sanctions could be made broader and more draconian, complemented by a more aggressive push to punish gangsters and kleptocrats. Adding the names of spouses and children to the lists poses legal challenges, of course, but would also end an obvious loophole, as potential targets of sanctions often transfer assets to relatives.”

Europe Should Also Put a Spoke in Russia's Wheel

One of the reasons that the sanctions regime has not been more effective, it supposes, is that “Moscow believes it can easily strike back at the West, dividing the allies and undermining their will to maintain the current restrictions. So long as Moscow believes an end to sanctions is on the horizon, it will not be tempted to enact any substantive change.”

© Sputnik / Evgeniya Novozhenova
Sanctions Precipitate Breaking Point in US-Russia Relations – UK Analyst
“The West should ensure not only that it is as resistant as possible to Russian manipulation, but also that it is seen as such. Measures such as accelerating the development of the European Energy Union can minimize Russia’s ability to use its oil and gas supplies as leverage against the West.”

“The energy union may not exist fully until 2030, but by simply giving it priority, Europe can communicate its commitment to denying Moscow markets and options.”

“This is, after all, a war of signals and symbols as much as it is one of concrete action.”

© AP Photo / Susan Walsh
US Puts Up $500K to Fight Russian Media in Baltics
“The rest of Russia’s leverage comes from propaganda and the buying of influence—especially through Moscow’s often-covert support for political movements abroad that undermine Western unity, from anti-federalist parties in Europe all the way to Texan separatists. It is crucial for the West to bring greater transparency to the flow of money into and out of Russia and to counteract Moscow’s information warfare. The latter will require not fighting propaganda with propaganda, but discrediting biased media, challenging outright lies, and cultivating a climate of skepticism toward Russian disinformation.”

It remains to be seen however, what “unbiased media” would be used for the purpose.

“The West will also need to counter Russia’s political use of military force, from launching long-range bomber patrols in NATO airspace to Putin’s regular boasts about Russian nuclear capabilities.”

© Flickr / Anthony Quintano
Americans Will Fight on Home Soil if US Starts War With Russia – US Expert
“Two can play at that game, however, especially because the Kremlin knows that NATO can outman, outmaneuver, and outgun Russia’s forces. The West could show its teeth more directly, making explicit that it is not in Russia’s interests to provoke a match of military capabilities. Beyond existing plans to pre-position US heavy armor in the Baltic states, the West could establish a permanent NATO forward base in the region for a rotating force of US and European combat troops. Likewise, Washington’s current plan to create a Europe-wide missile defense system by 2018 could be oriented away from a notional focus on Iran, especially in light of the recent nuclear deal, to explicitly include Russia.”

“Although such a move would not, on its own, defend Europe against a full-scale Russian attack, it would be a symbolic statement about the extent to which Moscow is considered a genuine threat.”

Let us not forget that "this is, after all, a war of signals and symbols as much as it is one of concrete action".

The policy of confrontation, however, seems not to be the best idea altogether. Thus the outlet suggests that "the West must balance confrontation with reassurance. After all, Russia needs support, both moral and political, as it adjusts to its new, reduced place in the global order."

"Western policy needs to be more imaginative and multi-vectored," it therefore concludes.

Expanded US Sanctions Against Russia to Come Into Force August 10