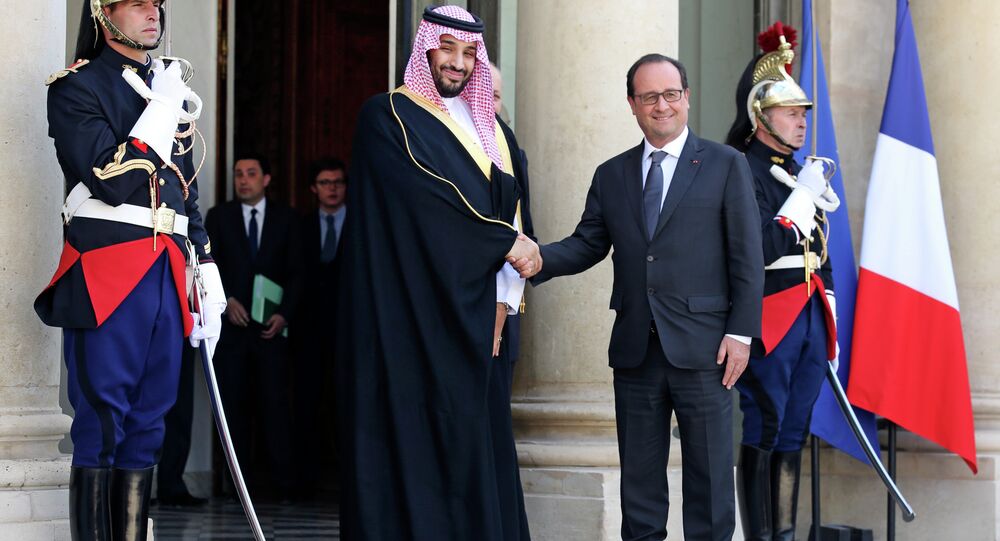 The recent decision to terminate the Mistral deal was one of many bad choices made by the current French government. This is especially shameful considering that Russia doesn't even pose a threat to Europe, Vanneste said.

"Russia doesn't threaten Europe and international peace, as do the rivalry between India, Pakistan and China, or the Salafist rise in the [Persian] Gulf," the French journalist said, as cited by Boulevard Voltaire.

France is the country that positions itself as a supporter of "human rights," yet the country is constantly in the list of the world's major arms exporters. This language of double standards should end, as it will not bring nothing good to France.

© Flickr / Rafale
Rafale, Mistral Deals Lost in 'Bottomless Well of Hollande's Incompetence'
The government in Paris should realize that one can't kill two birds with one stone and stick with one thing that it can do best. Over the last decade, France has been successful at selling arms, and therefore Paris should just stick with it, especially since it helps the economy by employing 165,000 people and brings billions of euros to the country, Vanneste said.

The failed Mistral deal clearly shows the two-faced nature of France. On the one hand, Paris tries to show the world that it cares about human rights and refuses to sell the two Mistrals to Russia, unsuccessfully accusing Moscow of alleged involvement in the Ukrainian conflict that resulted in a humanitarian crisis in the eastern part of the country; on the other hand, it will willingly sell these same Mistrals to other countries, including those in the Persian Gulf that have far from spotless human right records, Boulevard Voltaire reported.