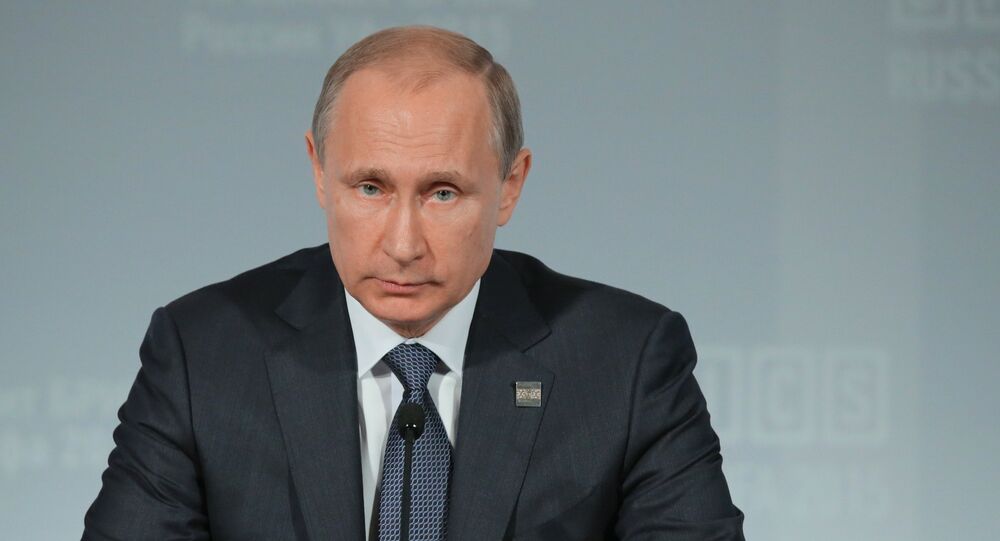 US television channel Fox News on Thursday claimed that the commander of the Iranian Revolutionary Guard’s external special force had arrived in Moscow on July 24 for a two-day visit. He allegedly met with President Putin and Defense Minister Sergei Shoigu.

© AP Photo / Carolyn Kasterster
War of Words: Obama Misleads Public on Iran’s Nuclear Energy Deal
MOSCOW (Sputnik) — The Kremlin denied on Friday a US media report that claimed Russian President Vladimir Putin met with Quds Force Commander Qassem Soleimani, an Iranian military chief who is on a UN blacklist, during an alleged visit to Moscow in July, in violation of UN travel restrictions.

When asked by RIA Novosti whether the report was true, a spokesman for the Russian president replied with a flat "No."

The report comes weeks after Iran and six world powers, including Russia, agreed a groundbreaking deal on July 14 that will see Tehran wind down its nuclear activities in exchange for an easing of sanctions in place against it.

Fox News linked Soleimani’s purported visit to Moscow to the lifting of a UN arms embargo against Iran, although the broadcaster said it was not immediately clear what was supposedly discussed during the alleged meeting. Under the nuclear accord, the weapons embargo is to be scaled back in five years for conventional weapons and in eight years for ballistic missiles.