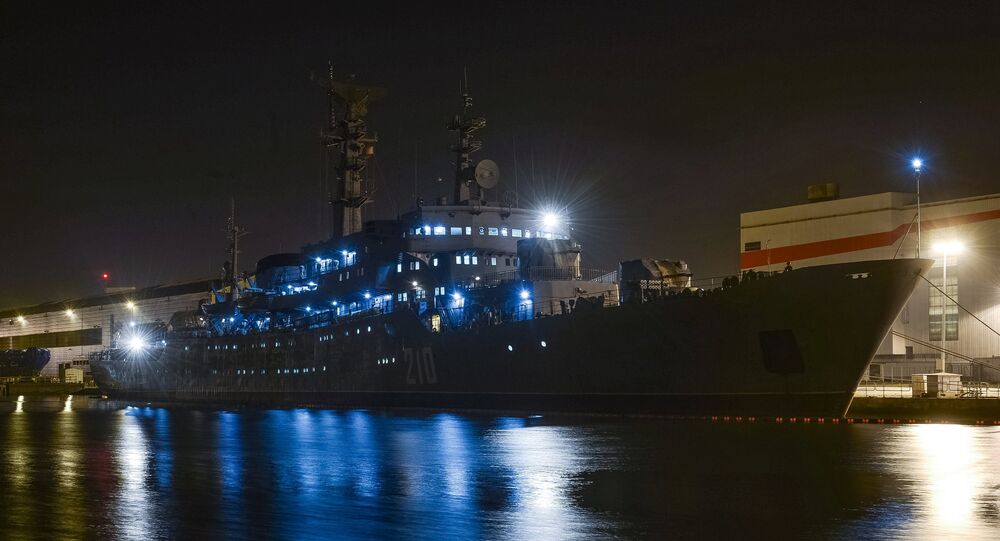 France is reported to have offered Russia a compensation for the non-delivery of Mistral-class helicopter carriers, amounting to less than one billion euros ($1.1 billion), local media said.

MOSCOW (Sputnik) — On Wednesday, Paris and Moscow terminated the 2011 contract for construction and delivery of two Mistral-class vessels, but a precise repayment had not, at the time, been confirmed.

The amount is intended to cover the advance payment made by Moscow, as well as the cost of the Russian sailors' spring training in the town of Saint-Nazaire, the French Le Figaro newspaper reported.

© Sputnik / Alexei Danichev
France Loses Strategic Trade Partner in Russia Due to Failed Mistral Deal
On Thursday, the Kremlin announced that it did not know the exact amount Paris planned to offer to Russia. French Defense Minister Jean-Yves Le Drian said earlier Thursday that France would refund less than the initial 1.2 billion-euro payment.

The Mistral deal was suspended by Paris in 2014 as the crisis in Ukraine escalated. France, among a number of Western countries, blamed Russia for fueling the conflict in eastern Ukraine, a claim Moscow firmly denied.