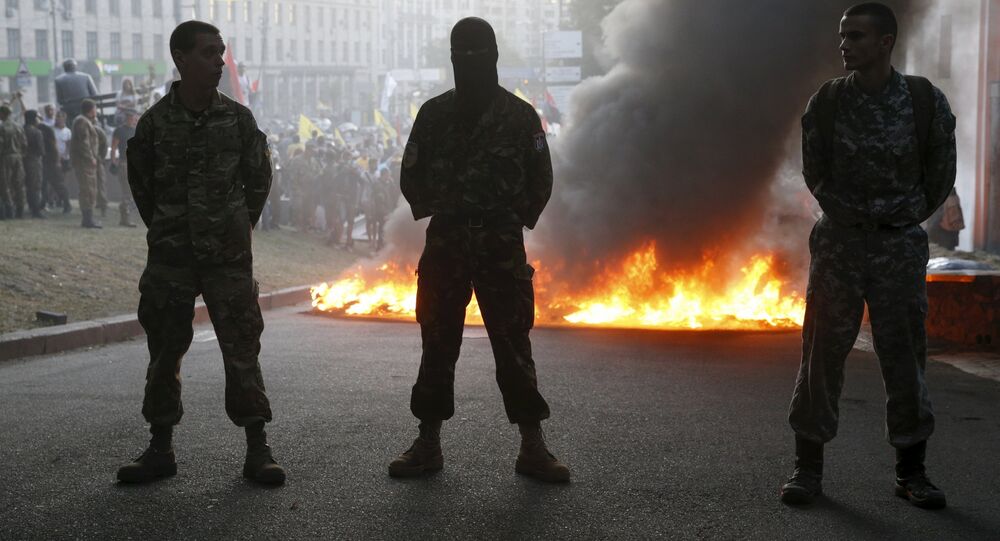 From the current looks of the situation in Ukraine, the country is almost certainly on the verge of a second civil war, notes the US historian Stephen F. Cohen during the John Batchelor Show.

Cohen believes that the coming war will erupt between the Kiev-based national government, which is supported by Washington, and a growing far-right ultranationalists, which are growing in number in Ukraine.

"Between the official government and the growing ultranationalist movement whose most powerful representative is the political and military organization known as the Right Sector, which some people say are neo-fascists as some of their batallions wear swastikas and some praise the nazi-regime. The pivot of their ideological thinking is an ethnically cleansed, purified Ukraine, above all without any Russians or Russian influence," Cohen told John Batchelor.

One of their demand from official Kiev government is to resume the offensive in the East of Ukraine and make no compromises with Moscow, which is basically the Minsk accords.

"In the last few weeks it seems quite certain that the Ukrainian President, Petro Poroshenko, is seeking to comply with the Minsk Agreement, as he understands that this is the only way for him to retain his presidency," added the historian.

However, Cohen noted that as the ultra-right forces grow in strength they would not sit by and permit Poroshenko conduct peace negotiation with the representatives of Donbass, considering that there are ultra-rights within the Ukrainian parliament itself.

© Flickr / Marines
'War is Peace': US Neocons Urge Washington to Flood Ukraine With Weapons
In this regard, Cohen has asked Congressional representatives in the United States who promote sending weapons to Ukraine who they think they are really helping, "Poroshenko’s crumbling government or the neo-facist group in Ukraine?"

Deliberating on what is the perception of the Ukrainian conflict in the United States and in Europe; Cohen said the views are different, which means that Washington's policy toward Russia and Ukraine is failing.

One of the reasons for mixed views is the dissatisfaction with the sanctions against Russia. According to Cohen, if several US Congressmen were asked about the reason for the sanctions, they would give three different answers. Even then, none of that would be sufficient to justify the imposition of sanctions, noted the historian.

© AP Photo / Sergei Grits
Foreign Combatants' Infiltration in Ukraine 'Undermines Peace Process'
One of the members of Congress would cite the reunification of Crimea with Russia as the reason for sanctions, but it is clear that Crimea will not become a part of Ukraine again; so logically, the sanctions would be endless.

Another may link these sanctions to the Boeing crash near Donetsk, but experts still haven’t reached any accurate conclusions about who is to blame for that accident.

The third reason would be the ongoing conflict in eastern Ukraine. However, as Cohen points out, the crisis there began last year with the civil war; hence everyone would have a different reason for the imposition of sanctions on Russia, demonstrating that there is no unilateral reason for such politics.