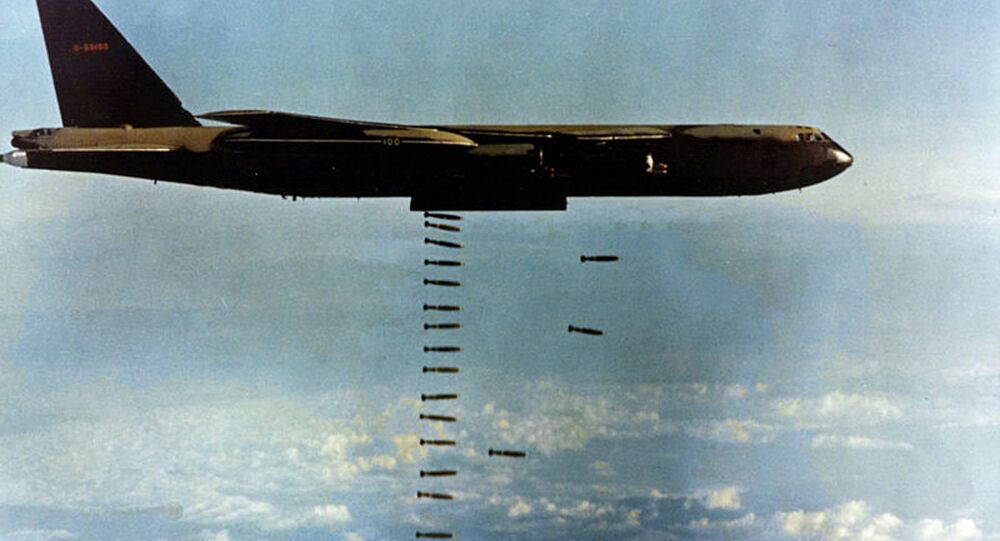 A Russian lawmaker said Thursday he would discuss the possibility of creating an international tribunal to detail US crimes during the Vietnam war with members of the Organization for Security and Co-operation in Europe’s Parliamentary Assembly (OSCE PA).

MOSCOW (Sputnik) — Andrei Klimov, the deputy head of the International Affairs Committee of Russia’s upper-house Federation Council, will also bring up the issue during the September inter-parliamentary assembly sessions of the Association of Southeast Asian Nations (ASEAN), involving the participation of Vietnam.

"I plan to discuss the idea of creating such an international tribunal with [our] colleagues during the OSCE PA session, which will be held in September in Mongolia," Klimov told RIA Novosti.

© Sputnik / Stringer
Vietnam War Revisited? US Tries to Repeat Old Scenario in Ukraine - Polish Media
The Vietnam war, which began in 1964 and ended in 1975, killed about 3 million Vietnamese and over 58,000 US nationals, as well as many people in adjacent countries, including Cambodia and Laos.

US Army investigators secretly confirmed over 300 war crimes committed by the US military, including murder, torture, rape, corpse mutilation and indiscriminate fire in civilian areas, according to the Crimes of War Education Project.

"In my opinion, Russia could raise the topic of the establishment of such a tribunal and should do so. Despite the fact that the perpetrators go unpunished for decades and even occupy senior positions in the United States, it is necessary to bring them to justice," Klimov stated.