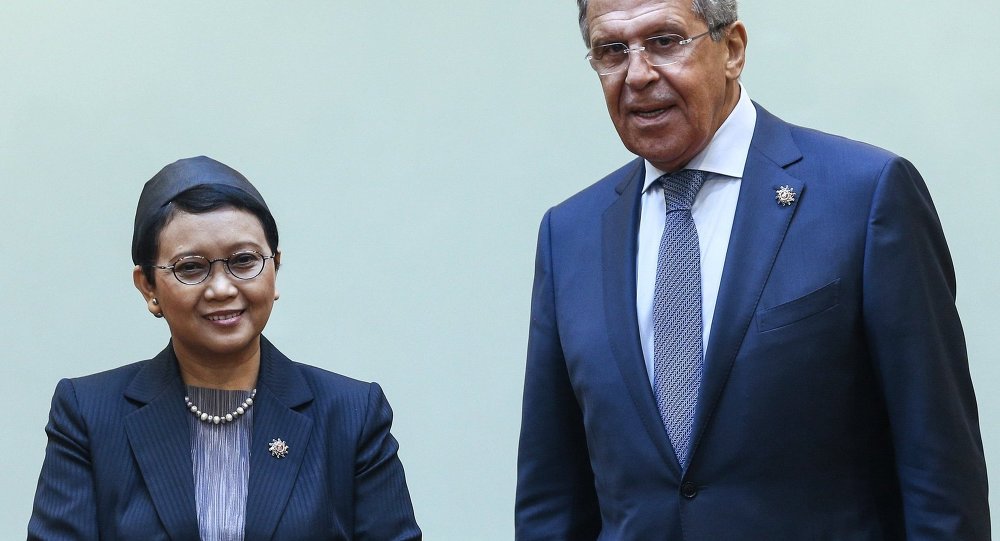 Sergei Lavrov is holding a meeting with his Indonesian counterpart Retno Marsudi on the sidelines of the Association of Southeast Asian Nations (ASEAN) forum in the Malaysia.

The bilateral talks are held behind the close doors.

Earlier in the day, Lavrov met with his Chinese counterpart Wang Yi.

Later or Wednesday, the Russian foreign minister is also scheduled to hold talks with US Secretary of State John Kerry, foreign ministers of Malaysia, Turkey and Philippines.

On Tuesday, the Russian Foreign Ministry confirmed Lavrov was going to participate in the Russia-ASEAN Ministerial Meeting on Wednesday. The ministers are expected to discuss the issues of global security and the prospects of economic cooperation.

The meeting’s agenda includes the drafting of an Integrated Action Plan on Russia-ASEAN cooperation for the period between 2016 and 2020.