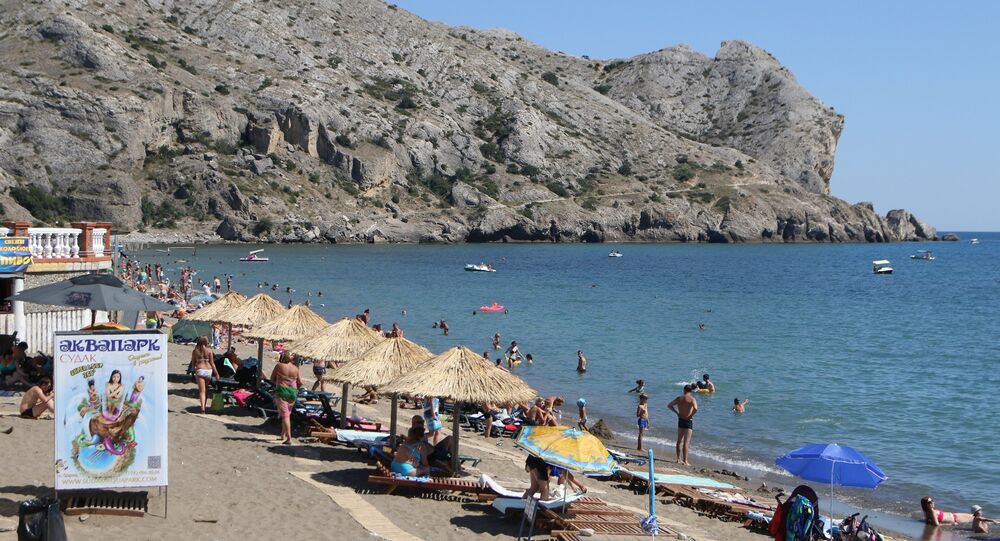 Member of the German parliament Alexander Neu said that he sees no difference between the issues of Kosovo and Crimea.

© AP Photo / Michael Sohn
German Parliamentarians to Discuss Visit to Crimea
European legislators should be able to visit any regions on the continent and in the world, assuming of course that the authorities of the regions in question approve of such a visit, member of the German parliament from the left-wing Die Linke party Alexander Neu told SNA Radio.

"The Crimea issue is not yet closed, just like the issue of a Serbian province called Kosovo. These two issues should be discussed in concert," Neu said. "I think we should hold debates on Crimea just like we did regarding Kosovo."

Neu earlier said that German lawmakers are free to visit the Crimean Peninsula following the lead taken by a French delegation, and that that the possibility of visiting the peninsula is more acceptable for Die Linke than for other Bundestag parties.

Neu added that he sees no difference between the issues of Kosovo and Crimea. Crimea’s reunification with Russia can only be considered a breach of the UN Charter only if one were to ignore the events that transpired in the 1990s, he pointed out.

"If we recall the secession of Slovenia, Croatia and Bosnia from Yugoslavia and the international recognition of these countries, the recognition of Kosovo, then we must acknowledge that the right to self-determination takes precedence over the principle of territorial integrity. The same can be said about Sudan and South Sudan as well," Neu remarked. "In all of these cases the West disempowered the UN Charter articles regarding territorial integrity, thus creating precedents. And Russia merely used these precedents to further its own interests."

"If we assume that the precedent law was subjected to certain changes since 1991, we cannot consider the Crimean issue as a breach of international law."

Crimea seceded from Ukraine and reunified with Russia following a March 2014 referendum in which over 96 percent of voters supported the move. The vote was labelled an illegal annexation by Kiev and the West.